Pepsi Battle of the Bands has finally gotten its ‘Fantastic Four’ bands who shall continue to compete no-holds-barred. 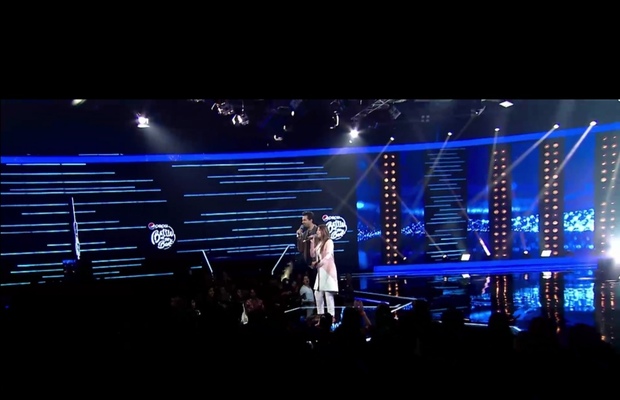 Several weeks into the most exciting battle to choose the number one emerging band in Pakistan, Pepsi Battle of the Bands Season 4 episode 5 just got hotter, tougher and more intense. By the end of the episode, four bands will go home and four will head to the next round.

We started the episode on a nice change of pace. In contrast to original songs in the last two weeks, contestants performed their favorite songs in this episode. Our hosts Hina Altaf and Ali Safina asked the judges their favorites which they would like to perform on the Pepsi stage if given a chance. Bilal Maqsood chose Zoheb Hassan’s Star from Nazia-Zoheb’s 1982 album Boom Boom, and Meesha Shafi chose Ustad Nusrat Fateh Ali Khan’s Akhiyan Udeek Dian. Whereas, Faisal Kapadia and Fawad Khan went with Vital Signs’ Do Pal Ka Jeevan and Chehra, respectively.

The first battle, between Star Zone and Auj, began. From judges to contestants, everybody wanted to perform Vital Signs songs so unsurprisingly, Star Zone fired first with a cover of the iconic band’s Ajnabi. The one-time ‘performer of the day’ winner Auj responded with Alamgir’s Keh Dena. The jury collectively thought Star Zone’s performance felt half-hearted while Auj’s performance wasn’t mind-blowing, as it usually is, but still brilliant.

Next up was E-Sharp vs Marjaan. E-Sharp rocked the stage with their high-energy cover of Junoon’s Neend Aati Nahi. Marjaan fought back with the legendary Reshma’s Lambi Judai. The jury loved E-Sharp’s rendition of the Junoon classic; Bilal even gave them a standing ovation and called it the best performance of the last four seasons of Pepsi Battle of the Bands. On the other hand, they found Marjaan’s performance holistic but soulless.

The third battle was between Black Hour and Uraan. Black Hour performed a rendition of Tum Hi Se Aye Mujahido by Alamgir, while Uraan went with Bas Yunhi by Shehzad Mughal. The judges commended Black Hour on their choice of song, showcasing their diverse musical shades and the overall presentation, whereas Uraan’s performance didn’t really take flight for them.

The last battle of the episode saw Neon go against Aarish. Neon went with Junoon’s Mera Mahi but Aarish’s cover of Junaid Jamshed’s Na Tu Ayegi served as a coup de grâce. The jury felt Aarish’s performance was impactful and appreciated how they have utilized the experience they have gained during the journey. On the other hand, the judges felt Neon’s performance was way below the mark, especially at this stage of the competition where anything short of extraordinary isn’t good enough.

It was time to announce the results. The first battle went to Auj, whereas E-Sharp, Black Hour and Aarish won their respective battles. Star Zone, Marjaan, Uraan, and Neon were out of the competition.

Unsurprisingly, E-Sharp also won the performer of the day. The big twist came when it was revealed that the reward for E-Sharp wasn’t just a guitar but also an opportunity to choose their opponent for the next round, which gives them an upper hand. Those chose Aarish, making the audience anticipate their upcoming high-stakes battle.

With the stakes getting higher and the competition getting tougher, Pepsi Battle of the Bands has finally gotten its ‘Fantastic Four’ bands who shall continue to compete no-holds-barred.