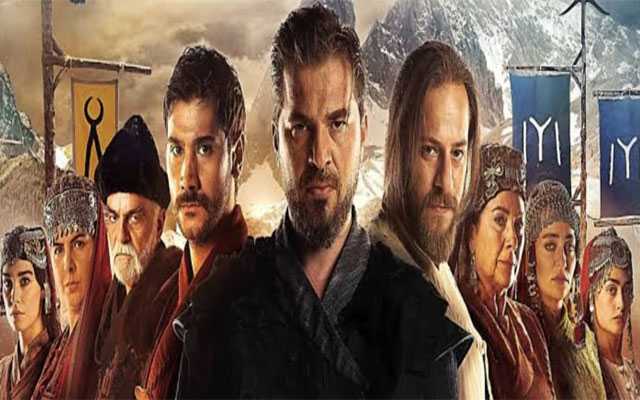 Amidst the rumors going around that the Urdu dubbing of famous Turkish drama serial Diriliş Ertuğrul – also referred to as “Turkish GoT” is being shelved, the Pakistan Television (PTV) has refuted all the claims and assured that Drama will be soon broadcast on national TV and people will soon be notified with the schedule.

PTV on its official Twitter account has announced the airing of famous series while calling out media outlets for scattering the baseless and unfounded rumors.

“PTV is all set to broadcast the Turkish epic drama serial ‘Ertugrul’ with Urdu dubbing very soon and the rumors of the project being shelved as appeared in a section of media are completely baseless and unfounded, said a statement issued by PTV today. @TurkeyUrdu”.

Its actual dubbing will start as soon as the best dubbing team is finalized. PTV will keep on informing its viewers about the broadcast schedule of the drama serial time to time on its channel PTV News… pic.twitter.com/ynQFWNAZzm

In another statement issued by the national broadcaster, it has said:

“PTV is currently working on the best dubbing options for ‘Ertugrul’ as the historic & legendary drama serial requires a very meticulous working on dubbing so that its real essence is not lost in flat voice overs. @TurkeyUrdu”.

Not only this, but the state broadcaster wrote in a tweet about delay in airing the drama saying that the ‘actual dubbing’ of the Turkish series will be started, yet the “best dubbing team” has been finalized.

PTV has also informed that it will “keep on notifying its viewers about the broadcast schedule of the drama serial time to time on its channel PTV News”.

Earlier, some media outlets and netizens were saying that PTV has shelved the drama and will not be airing the famous series in Jan 2020.

Diya Rehman, the radio host and part of the team for the drama’s voice-overs, took to Twitter sharing that the drama will hit the screen in January 2020. However, when rumors of the project being canceled arose, she revealed that the dubbing for the drama was put on hold.

The voice-over artist shared some photos from PTV Headquarters. She wrote that the dubbing of the drama is in the working and the viewers will soon be able to watch it on national TV.

She has also posted a video on Twitter clarifying the delay in drama.