With story and screenplay by Umera Ahmed, the drama is written by Sara Qayyum. 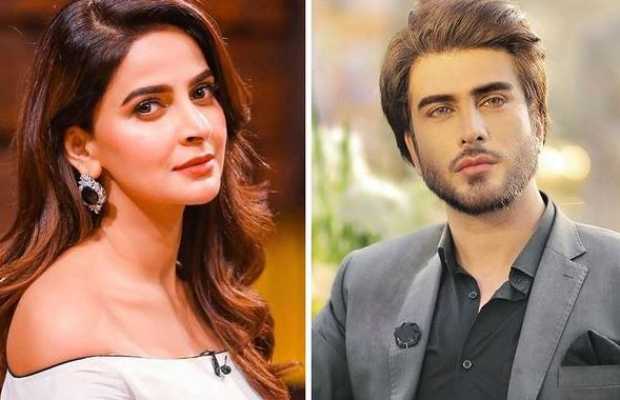 Saba Qamar and Imran Abbas to share the screen for the first time in Tumhare Husn Ke Naam.

The drama is a love story conceptualized by Umera Ahmed and the script is written by “GT Road” fame Sara Qayyum.

While the drama is being directed by Saqib Khan who has also worked on Saba Qamar’s upcoming film “Ghabrana Nahi Hai”.

The shoot of the drama is currently underway in Karachi. While it will be also shot in Lahore as well.

No release date for the project has been announced yet.

While talking to Images about the drama Imran Abbas shared, “The subject is very nice and unusual, different from what is happening these days,”  adding that the story is very well articulated and the music well done.

“It’s a new pairing. I’m working with Saba for the first time,” he said, revealing that there’s a fresh feel for the audience too as they see new faces cast with each other.