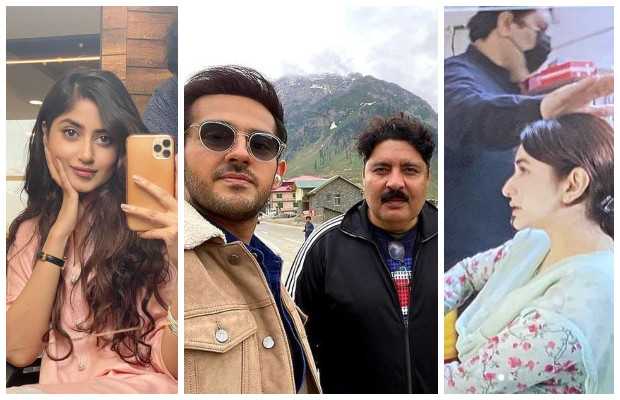 Sajal Aly, Azaan Sami Khan pairing up for a new drama serial! the news has already left the fans more than excited.

As being reported, Sajal Aly is all set to star in Ishq e Laa, a HUM TV production, alongside the multi-talented Azaan Sami Khan.

The play is written by Qaiser Hayat, this series is a Momin Duraid production and it will be aired soon.

Ishq e Laa is directed by Amin Iqbal he took to his social media and shared few BTS Shots from the sets which reflect that drama will be set in scenic locations.

From behind the scene photos from the shoot doing rounds on social media we can see beautiful mountains scene in the background so we assume that some of the settings of the play took place in the Northern areas of Pakistan.

On the work front, Sajal Aly is recently being the muse for Atif Aslam’s video Rafta Rafta.

Yumna Zaidi will be seen in another Hum Tv drama serial Parizaad which will be aired soon.

Azaan Sami making so much name in the music industry is sort of making his TV debut through Ishq e Laa.

tweet
Share on FacebookShare on TwitterShare on PinterestShare on Reddit
Rameeza NasimJuly 15, 2021
the authorRameeza Nasim
Rameeza Nasim, a Paralian, passionate about poetry, drama and fiction. By giving drama critiques I feel like I am endorsing the writer's message to the audiences, I love my job. Being a critic responsibility lies on my shoulders to point out the flaws and shortcomings of the play be it on writer's , performers or director's end . I did my Masters in English Literature and Linguistics .
All posts byRameeza Nasim