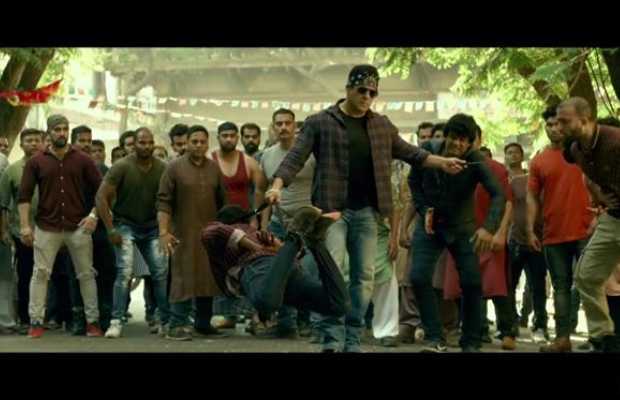 The trailer of Salman Khan’s much-awaited film Radhe was finally released on April 22.

Salman Khan’s Radhe: Your Most Wanted Bhai will release in theatres and on OTT platform Zee5 simultaneously on May 13, 2021, Eid day.

It was earlier scheduled to release on Eid 2020 but was postponed owing to the coronavirus pandemic.

The 2:51 duration trailer seems like a job was done in haste. The much-awaited trailer offers a mic x plate chat of Salman Khan’s previous police-related films.

RADHE TRAILER reveals the hero Salman Khan will be up against  Randeep Hooda as he is given the task to save Mumbai from a new danger while it promises an action-packed film with Jacqueline Fernandez making a brief appearance.

But our verdict after watching the trailer is it seems like old wine in a new bottle! even the punch lines shared in the trailer were the least impressive.

The newly released trailer has ignited a flood of hilarious memes on social media.

Me a few seconds into Radhe trailer getting Race 3 Tubelight and Kick vibes😂🤮🤡💩#RadheTrailer #SalmanKhan pic.twitter.com/2Z26JGvCHd

Third wave alert – When the country is dying from Second Wave and Salman bhai releases his trailer. #SalmanKhan #RadheTrailer pic.twitter.com/Ni3L7PZQ1N

tweet
Share on FacebookShare on TwitterShare on PinterestShare on Reddit
Saman SiddiquiApril 22, 2021
the authorSaman Siddiqui
Saman Siddiqui, A freelance journalist with a Master’s Degree in Mass Communication and MS in Peace and Conflict Studies. Associated with the media industry since 2006. Experience in various capacities including Program Host, Researcher, News Producer, Documentary Making, Voice Over, Content Writing Copy Editing, and Blogging, and currently associated with OyeYeah since 2018, working as an Editor.
All posts bySaman Siddiqui