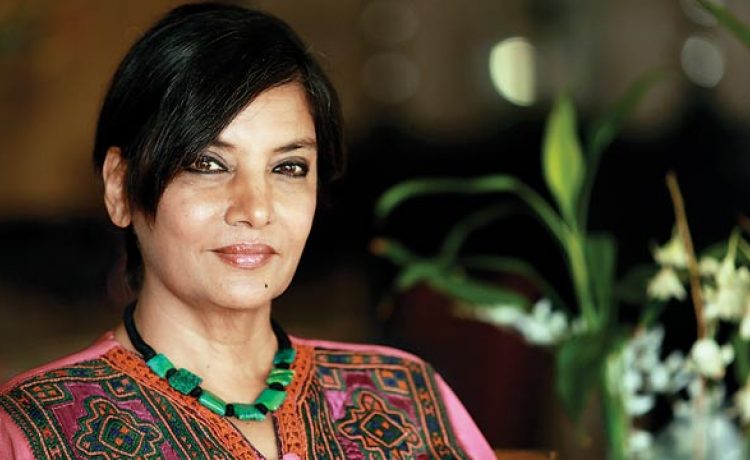 The promotional campaigns for the 4th Faiz International Festival is in full swing in Lahore now-a-days. The invitations of the literary mela have been sent and the program is all set to begin from November 16 to November 18 this week at the Lahore’s Alhamra Hall.

Along with local guests, prominent Bollywood personalities are also coming to Lahore to join the fete, one of them being renowned Bollywood star Shabana Azmi. The actress have confirmed the administration team that she will be travelling Lahore to attend the mela.

Sources confirmed that Indian film director and writer Muzaffar Ali will also be joining Azmi at the Literary Festival. Sources told that both of them have been granted visas for the event.

Numerous Pakistani artists are preparing to welcome the guests who will be making their way to Lahore via the Wagah Border on November 15.

“It is an honour for us to host this event and have numerous guests attending. Everyone who participates is a guest of honour for us,” stated Faiz Ahmed Faiz’s daughter, Salima Hashmi.

According to an administration official, Azmi will make her appearance during a special event held under the name of ‘Kaifi and Faiz’ while Ali will attend a session titled ‘Noor Ki Leher’.

Including talks about politics, poetry reciting sessions and some literary topics, the 3 day event will also see some musical & dance performances, theater shows and film screening!

The literary Mela is one of the most awaited events of the year by the Lahoris and has a great place in their hearts. The purpose of the event is to acknowledge the work of the great poet Faiz Ahmed Faiz, who is popular not only in Pakistan but across the world.