A film made on Abhinandan’s capture? 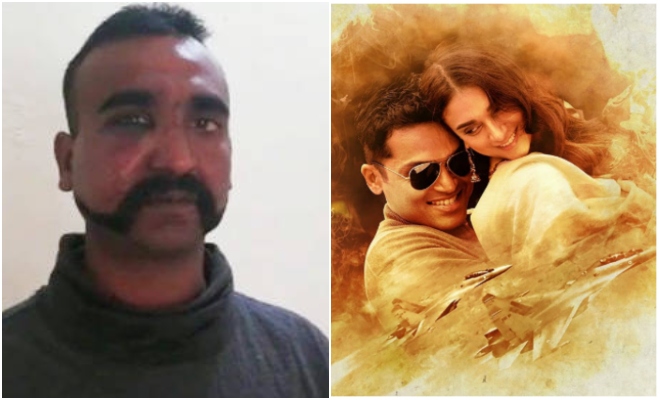 There are often a number of things that put us in a Deja Vu and it seems the similar has happened with the IAF pilot Pakistan captured after shooting down the Indian Air Force plane.

Believe it or not but Abhinandan’s father Air Marshal S Varthaman had been a consultant for a Tamil film, Kaatru Veliyidai. The story of the film revolved around an IAF pilot who became a Prisoner of War in Pakistan.

The film was released in the year 2017, and starred Karthi as IAF pilot and Aditi Rao Hydari as his love interest.

The film saw an IAF pilot’s plane crashing in Pakistan and he being captured as a prisoner of war. The captured Indian pilot then reminisced about his past life while he spent his time in Pakistan’s captivity.

The irony; even Abhinandan’s father would not have imagined something similar happening to his very own son, who however, had a better luck than the film’s hero and was set free by Pakistan as a gesture of peace.