The trailer does mention Kangana as film director in credits! 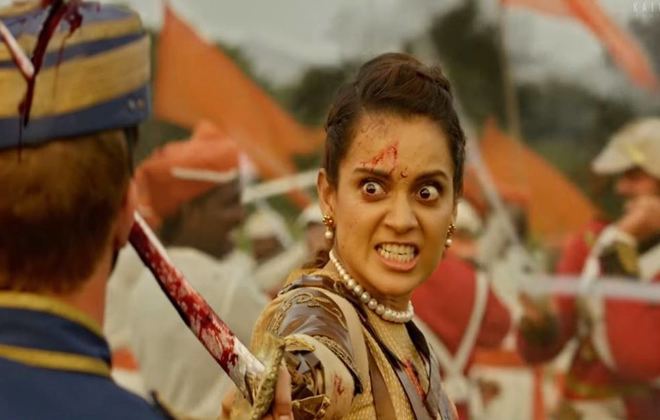 And finally after getting into so many controversies during the film production, first trailer of Manikarnika: The Queen Of Jhansi is out.

From trailer, Kangana Ranaut in the lead role looks quite promising. The 3-minute duration trailer provides the glimpse at the journey of a simple girl Manu to becoming the fierce queen of Jhansi.

The trailer starts as Kangana kills a tiger by shooting an arrow. And shows a lot of skills fighting off with a sword, along with horse riding. She is married to the king of Jhansi, but her world changes entirely when her husband dies. The East India Company wants to take Jhansi under its control, but Laxmibai is not ready for it. This is the time period when the Indians initiate to revolt against the British oppressors.

Film’s official synopsis reads, “She fought for freedom 160 years ago. She fought with her head held high, she fought till she dropped, Yet, never gave up her pride, her motherland, her beloved, Jhansi! It’s time to salute India’s greatest warrior queen! Experience and relive the proudest chapter in our history. Presenting the epitome of a warrior, a mother and a Queen.”

Kangana is reported to have directed 70 percent of the film as the director walked out to Sonu Sood’s sudden exit. Radha Krishna Jagarlamudi, also known as Krish, left the shooting in September. And the lead actress then took over the reins of the film and wrapped the film shoot.

Film’s teaser, released two months ago, did not credit Kangana as director, the trailer, however, does mention her name as director.

The film is slated to release next year on January 25th.