The animated film will hit the theaters on 14th December 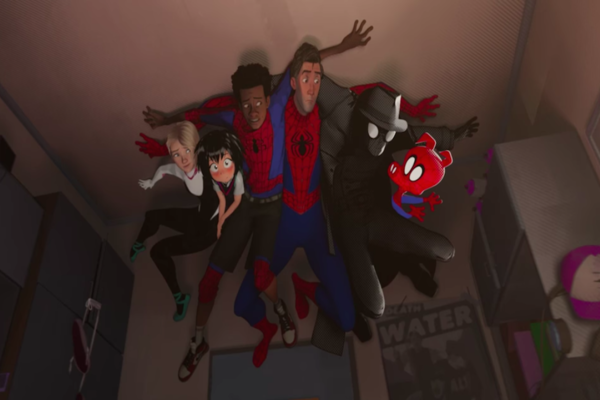 It was earlier in June, when the first look at the Sony’s Spider-Man: Into the Spider-Verse was revealed. The upcoming animated film seems to be one of the most visually ambitious animated films of the year.

A new full length trailer is out, giving a full length perspective of the animated film. There are going to be at least 6 Spider-heroes.

The most amazing thing about this trailer is how brilliantly every single previous film of the Spider-Man series has been summed up with Miles Morales, Gwen Stacy, and Peter Parker at the center of it. While, Peter takes a minute to explain to you how popular Spider-Man’s brand altogether is.

The creative minds behind The Lego Movie and 21 Jump Street, Phil Lord and Christopher Miller, bring their unique talents to a fresh vision of a different Spider-Man Universe, with a groundbreaking visual style that’s the first of its kind.

The animated film will hit the  theaters on 14th December.

tweet
Share on FacebookShare on TwitterShare on PinterestShare on Reddit
Saman SiddiquiOctober 3, 2018
the authorSaman Siddiqui
Saman Siddiqui, A freelance journalist with a Master’s Degree in Mass Communication and MS in Peace and Conflict Studies. Associated with the media industry since 2006. Experience in various capacities including Program Host, Researcher, News Producer, Documentary Making, Voice Over, Content Writing Copy Editing, and Blogging, and currently associated with OyeYeah since 2018, working as an Editor.
All posts bySaman Siddiqui