Ryan ToysReview has 17 million followers and has gotten a combined 26 billion views. 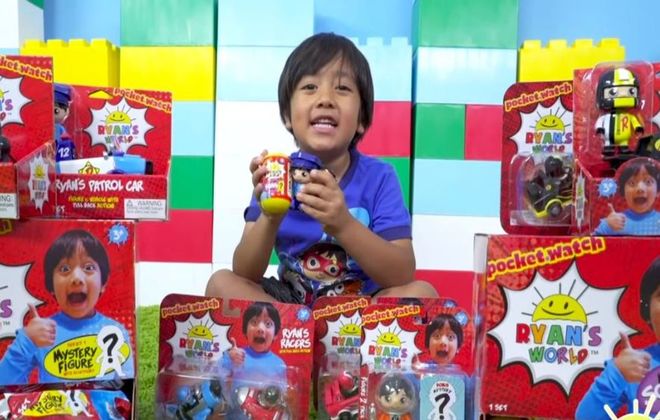 Unbelievably, the world’s highest-earning YouTube star is an elementary-school kid who makes millions by reviewing toys. This YouTube channel started when Ryan, then a 4-year-old fan of toy-review videos

Surely he is the reason to envy being an elementary-school kid. The young YouTube star reviews new toys in videos that his family produces.

According to Forbes, 7-year-old Ryan of YouTube’s Ryan Toys Review generated $22 million in revenue last year from his YouTube account.

His channel Ryan’s ToysReview took the No. 1 position this year on Forbes’ annual list of the highest-earning YouTube accounts, moving up from No. 8th spot last year.

As Forbes reports, this family-run YouTube channel, Ryan ToysReviewhas generated about $22 million in pretax income from June 1, 2017, through June 1, 2018. Which is up from $11 million the year prior.

The raw estimate of $22 million has put Ryan ToysReview just ahead of controversial star Jake Paul, who earned $21.5 million.

Ryan ToysReview channel started out slowly until a video from July 2015 went viral. The video featured Ryan opening and reviewing a box containing more than 100 toys from Pixar’s “Cars” series. Till now it has nearly 935 million views.

As being reported, Ryan struck a deal with Walmart to sell a toy line called “Ryan’s World” exclusively in over 2,500 US stores and Walmart’s website, earlier this year.