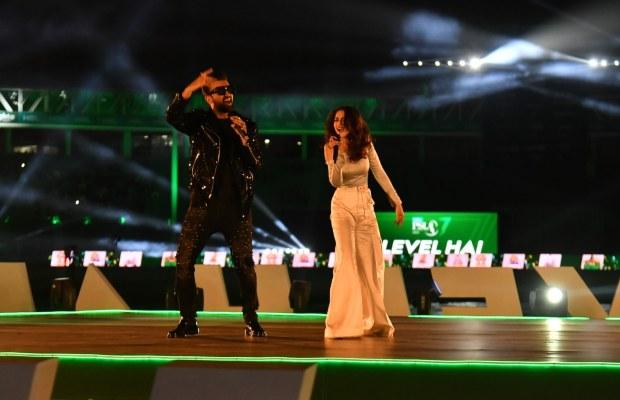 The much-anticipated cricket event of the country, Pakistan Super League’s (PSL) seventh edition kicked off in Karachi on Thursday.

The evening saw an amazing fireworks display at National Stadium, Karachi, where amid COVID-19 safety, the ground’s seating capacity was occupied at 25% only.

A three-minute paragliding act was also performed by three Austrian skydivers — Florian Greger, Paul Steiner, and Stefan Muller. The skydivers flew in the military Mi-17 and dived back into the Faisal Base training ground from about 5,000 feet in the air.

The main highlight of the night was the powerful performances by Atif Aslam and Aima Baig at PSL 7 Anthem Agay Dekh. 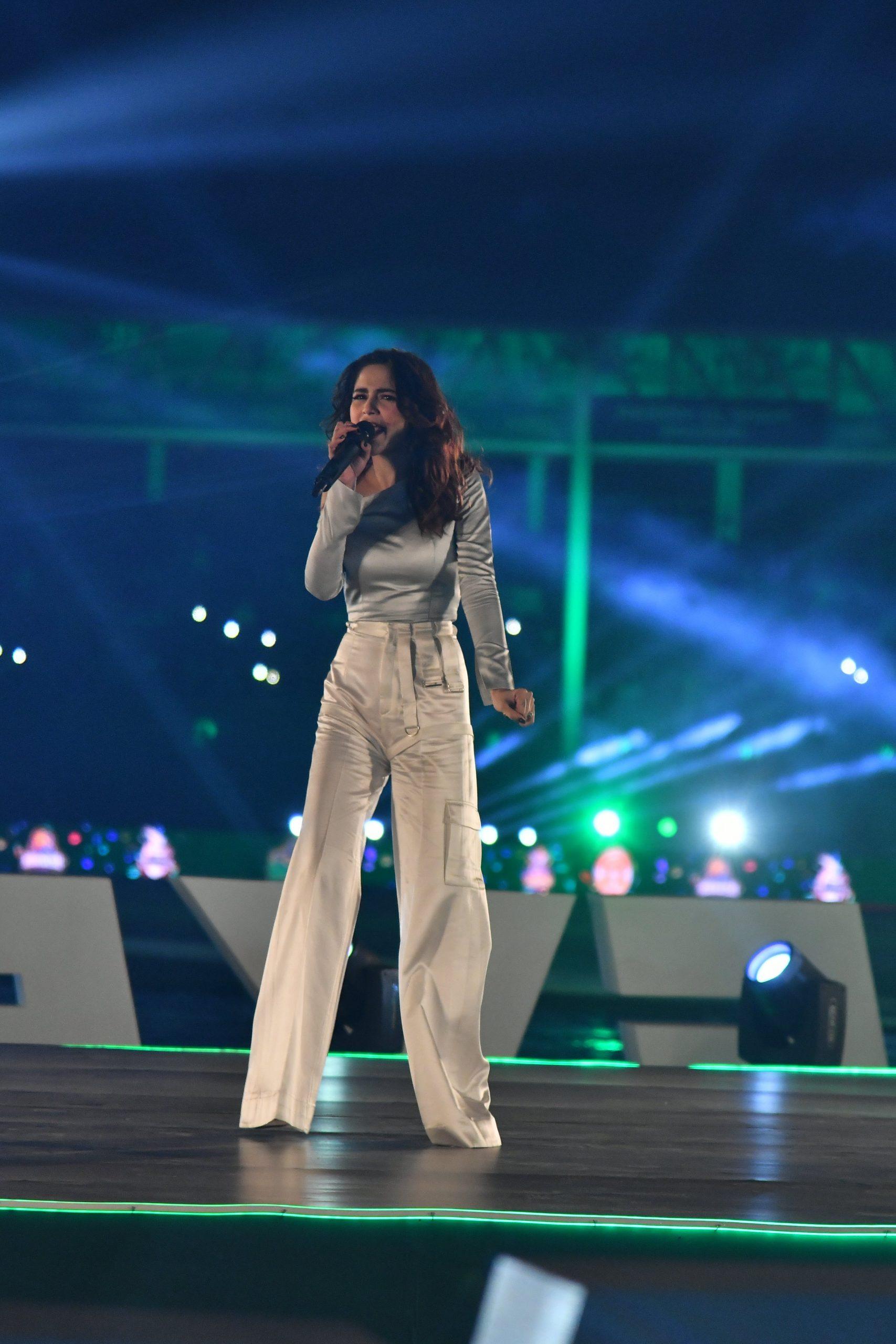 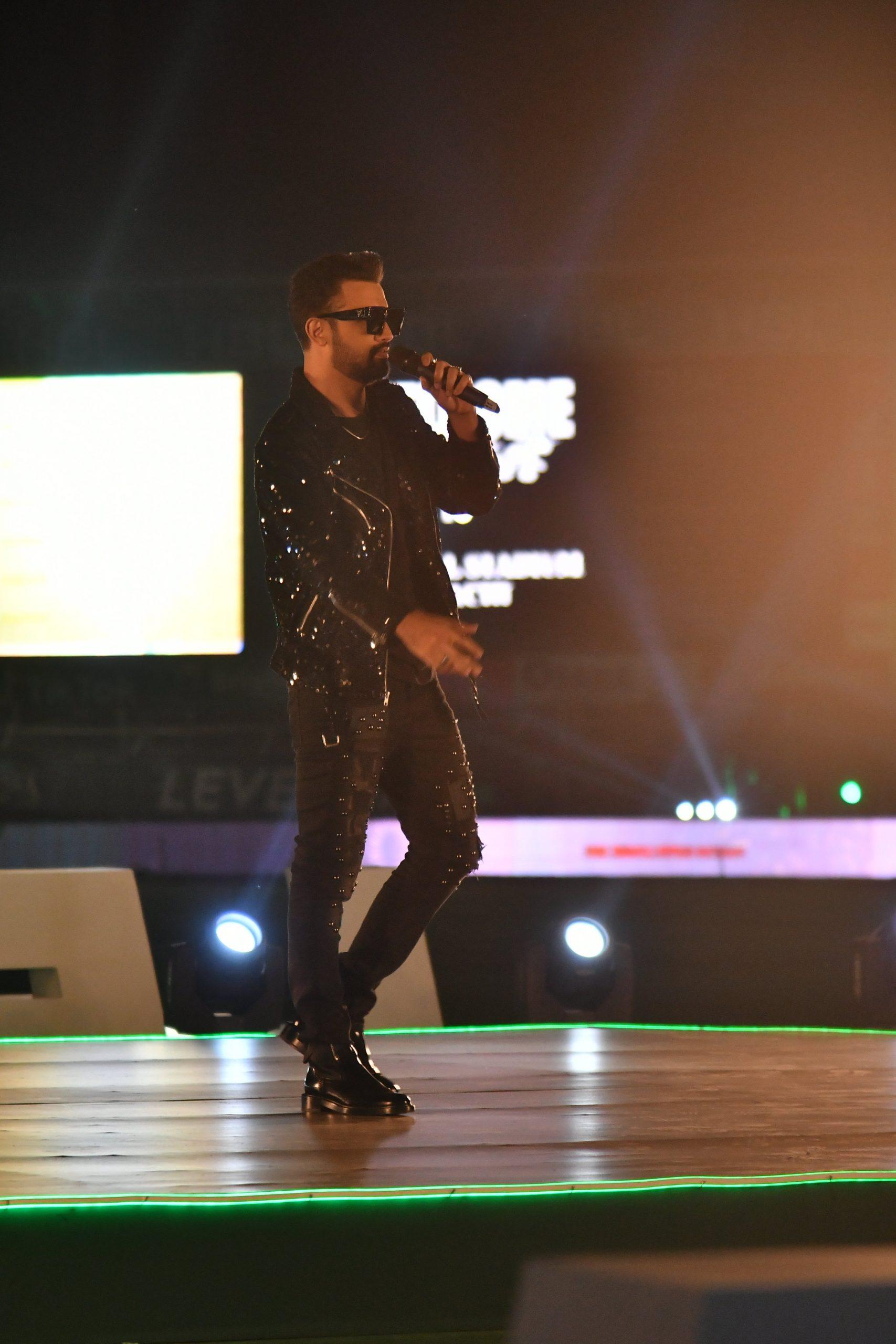 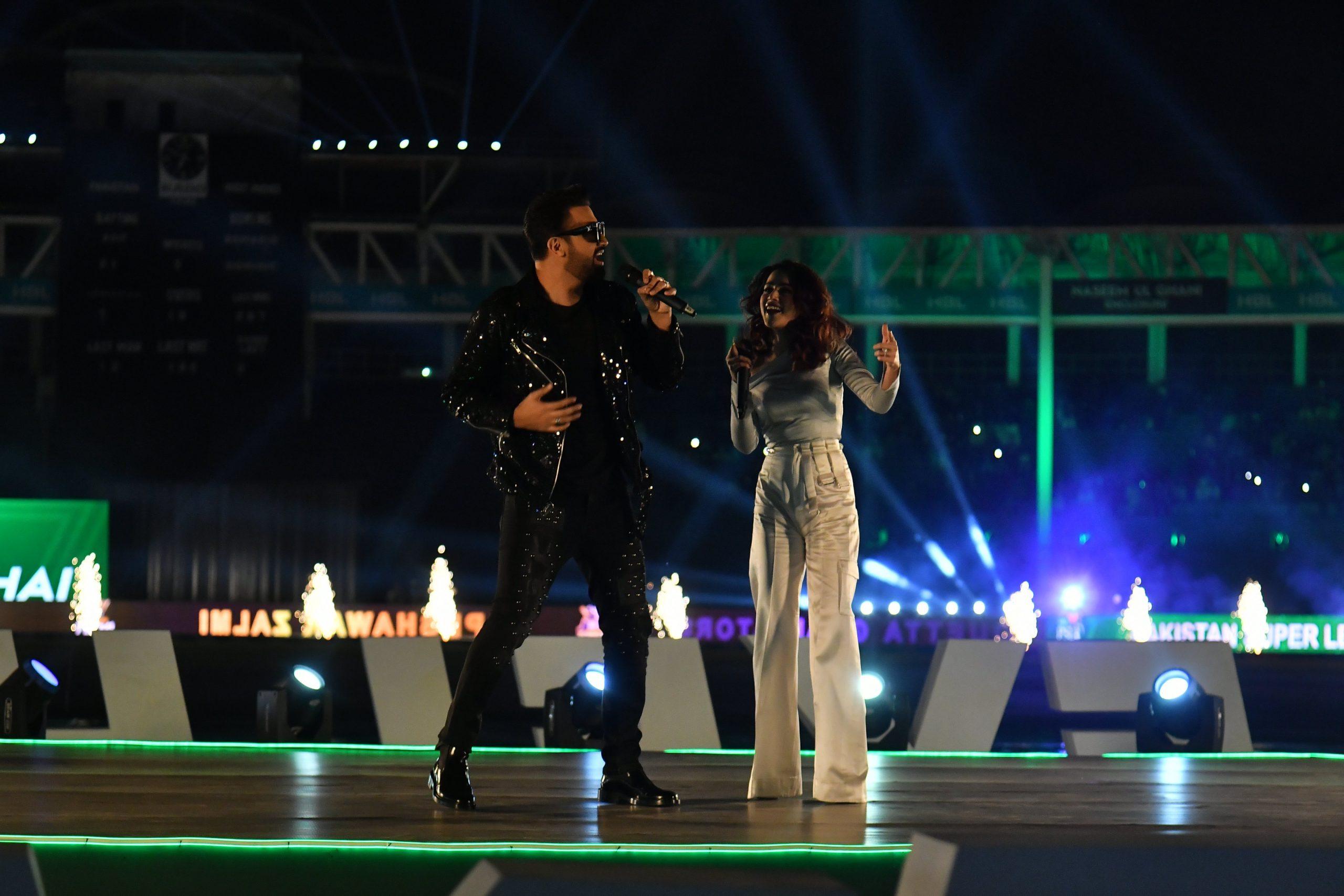 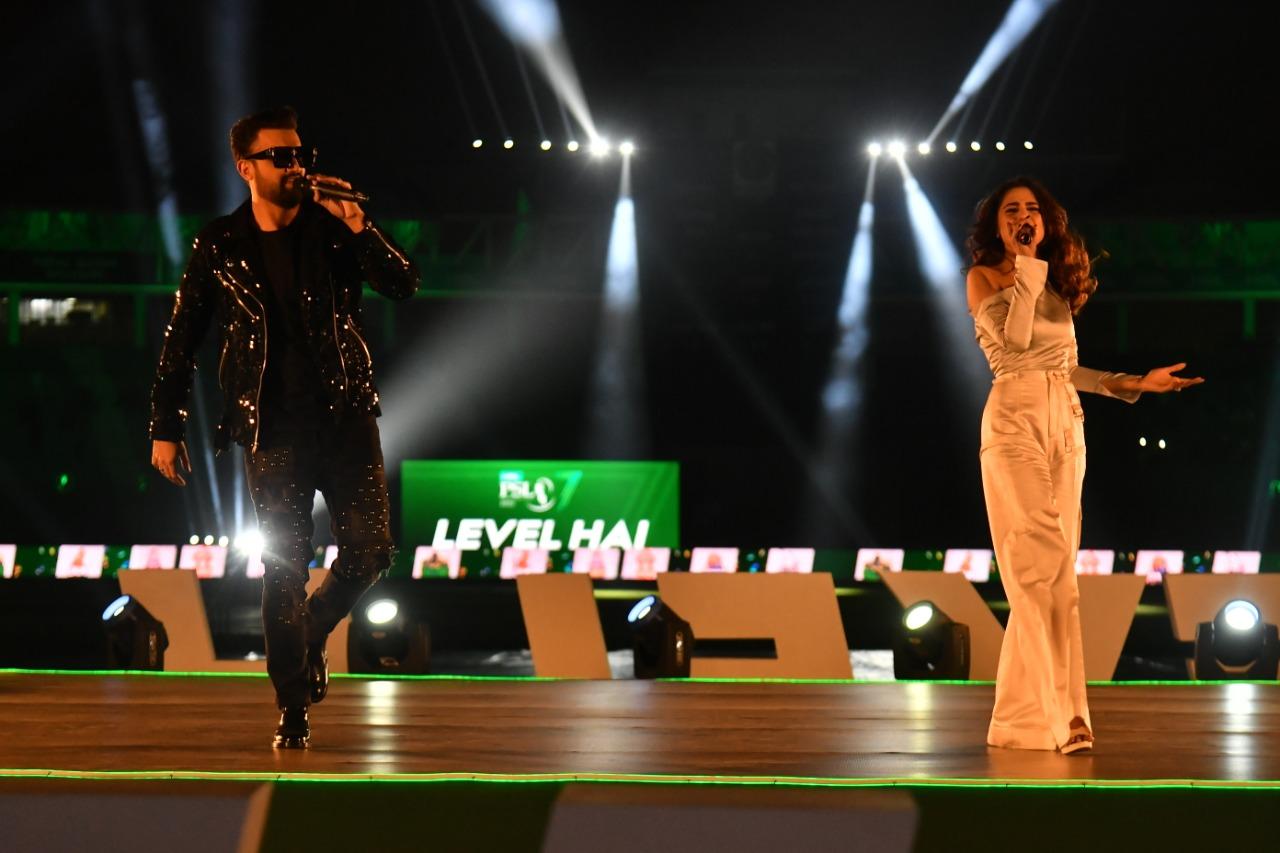 Prime Minister Imran Khan’s special video message for PSL teams was also played at the ceremony, which was followed by a vibrant fireworks display.

“I am opening the seventh PSL, and I hope every team fights till the last ball and entertains the public,” Prime Minister Imran Khan said in a video message. 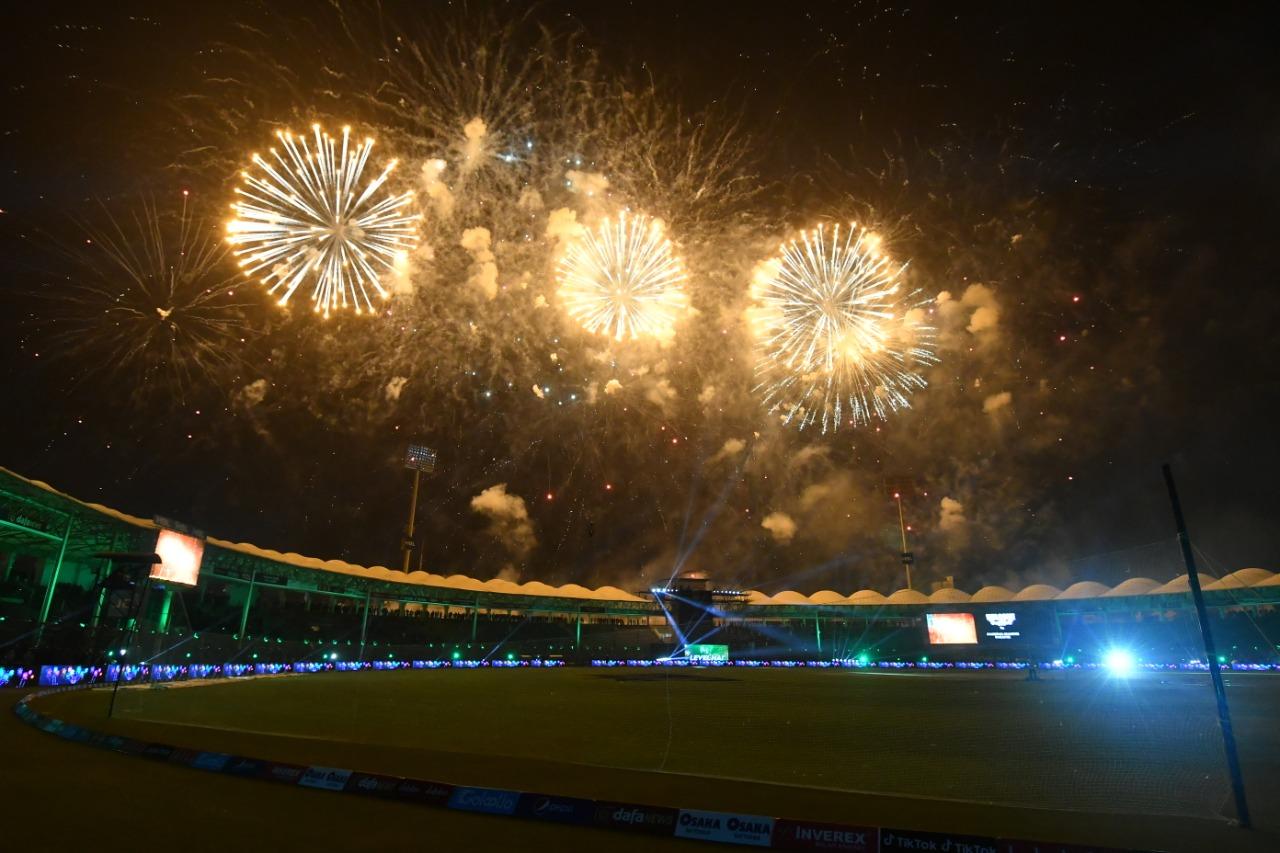 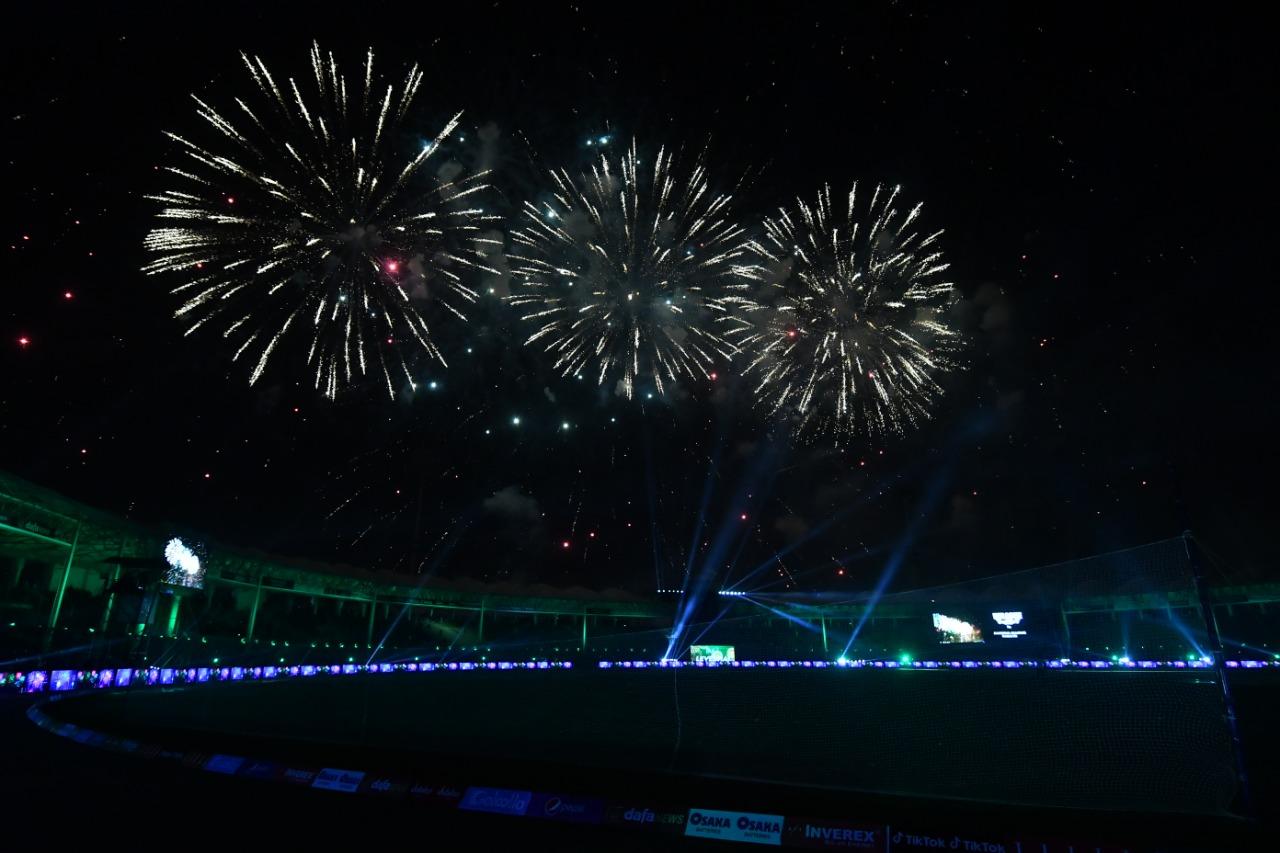 Meanwhile, early reactions to the PSL 2022 opening ceremony have started to arrive on social media.

The ceremony has garnered some mixed reactions, for some it was the fabulous opening while for a few it was too short to enjoy.

tweet
Share on FacebookShare on TwitterShare on PinterestShare on Reddit
Saman SiddiquiJanuary 27, 2022
the authorSaman Siddiqui
Saman Siddiqui, A freelance journalist with a Master’s Degree in Mass Communication and MS in Peace and Conflict Studies. Associated with the media industry since 2006. Experience in various capacities including Program Host, Researcher, News Producer, Documentary Making, Voice Over, Content Writing Copy Editing, and Blogging, and currently associated with OyeYeah since 2018, working as an Editor.
All posts bySaman Siddiqui