A tweet made by an apparently fake account, by the name of Federal Minister for Climate Change Zartaj Gull, implying that Mira Sethi was being kissed by a friend on her wedding day while her groom wasn’t looking has left the social media in frenzy.

Though the tweet has been taken down the internet still has got the proof of what happened the other they on social media.

In actual, the photo in discussion features the bride Mira Sethi being kissed by her brother Ali Sethi, walking beside the groom and father Najam Sethi in the foreground. And it seems like the photo was taken at the time of Mira’s rukhsati as Ali Sethi is also holding The Quran in his right hand above Mira’s head. 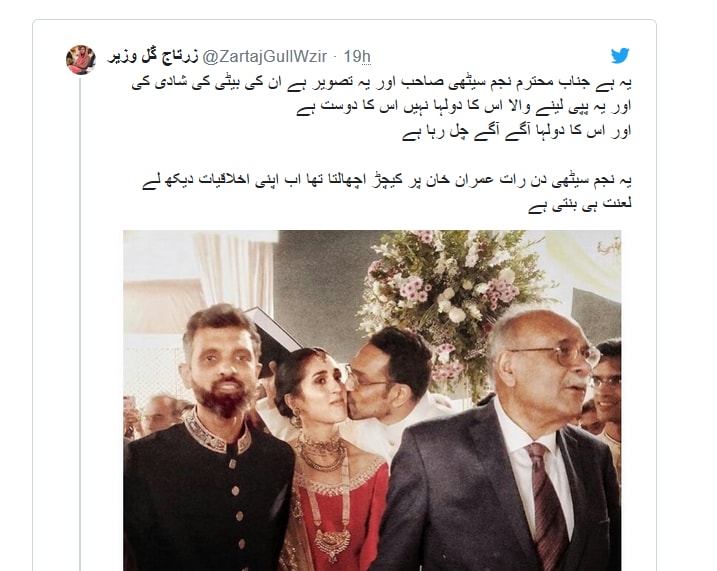 But the person operation the fake Twitter account tried to malign the people in the photo, however, it got backfired. Even Najam Sethi without realizing that the tweet was made by a fake ID dropped a reply demanding an apology! 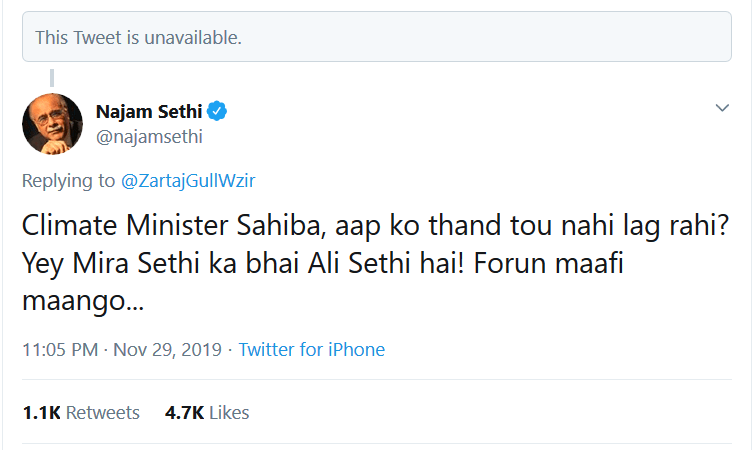 Though the actual tweet has been taken down but still the topic is being discussed in various circles. So that’s what fake accounts and Ids on social media are all about. Creating chaos and making people go after each other! 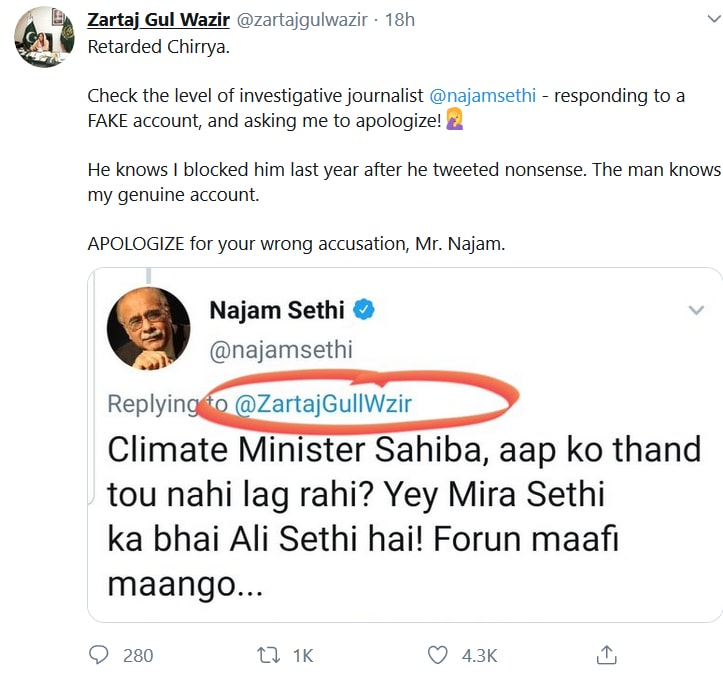