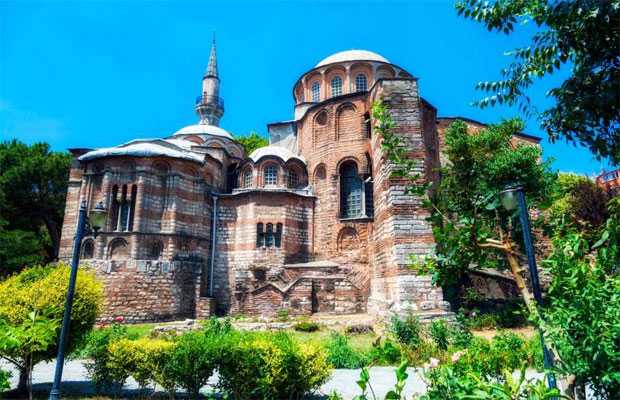 Turkish President Tayyip Erdogan has reconverted the Istanbul’s historic Chora church into a mosque on Friday, a month after opening the famous Hagia Sophia to for Muslim prayers.

According to a presidential decree issued on Friday,  the place has been transferred to the administration of the Directorate of Religious Affairs (Diyanet) and will be opened for Muslim worship in accordance with Article 35 of the Law on the Establishment and Duties of the Presidency of Religious Affairs.

The move comes shortly after a similar decision to re-convert Istanbul’s Hagia Sophia into a mosque from a museum.

The historic Chora church is located in Istanbul’s Fatih district. Chora was constructed as part of a monastery complex in the fourth century during the Byzantine era.

It was converted into a mosque around 50 years after the Ottoman conquest of the city in 1453. It was changed into a museum by a Council of Ministers decree in 1945.

In November 2019, Turkey’s Council of State – Turkey’s highest administrative court – ruled that the 1945 decision to change its status to a museum was unlawful. But the change in its status to a mosque had not been implemented until Friday’s decree.

In July, the Turkish president also announced the opening of the Hagia Sophia to Muslim worship after the Council of State ruled that the building’s conversion to a museum by modern Turkey’s founding statesman was illegal.

The Hagia Sophia, originally built as a Byzantine cathedral in 537, was turned into a mosque following the Ottoman conquest of Istanbul on May 29, 1453, and then became a museum in 1935 under Mustafa Kemal Atatürk’s presidency.

Over the years, Erdoğan has repeatedly suggested turning the UNESCO World Heritage Site into a mosque again to fulfil a long-standing demand by Turkey’s Islamists.

The first Friday prayers were held at the Hagia Sophia on July 24, during which its Christian iconography and mosaics were covered up in adherence to Islamic practice which bans depictions of living beings in places of worship.

The decision to change the status of the Chora raises questions about what will happen to its extensive Byzantine mosaics and frescoes. Like the Hagia Sophia, the Chora building is also a UNESCO World Heritage site.

The Ottoman Turks hid its artwork under layers of plaster. Following its reconversion into a museum, the mosaics and frescos were restored and have been on display since 1958.

Turkey has also recently converted other famous museums back into mosques including Hagia Sophias in İznik and Trabzon.