One of the planes started to taxi to take off on the same runway where the other was about to land. 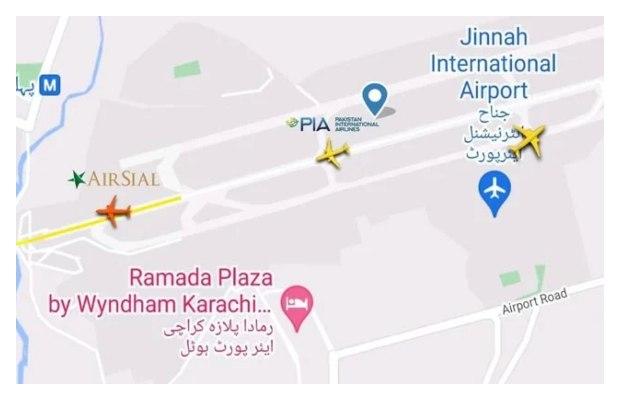 A high-level investigation has been launched after two planes narrowly escaped collision at the Jinnah International Airport, Karachi.

According to an aviation source, a high-level investigation has been launched to inquire if the event occurred due to the pilots’ fault or negligence of air traffic control (ATC).

As reported, a flight from Karachi to Islamabad was scheduled to take off at 1 pm on Saturday, while Airbus A320 was positioned to depart from the runway at 1:14 pm.

Airbus A-320 took off from Runway 7R at 1:15 meanwhile another airline from Peshawar was one kilometer away from the same runway where it was supposed to land.

One of the planes started to taxi to take off on the same runway where the other was about to land.

“The pilot coming from Peshawar was asked to “go around” by the air traffic control, but the pilot allegedly ignored instructions given by the ATC officials,” the source revealed.