Pakistan is the world's largest importer of tea, buying in more than $600m worth last year. 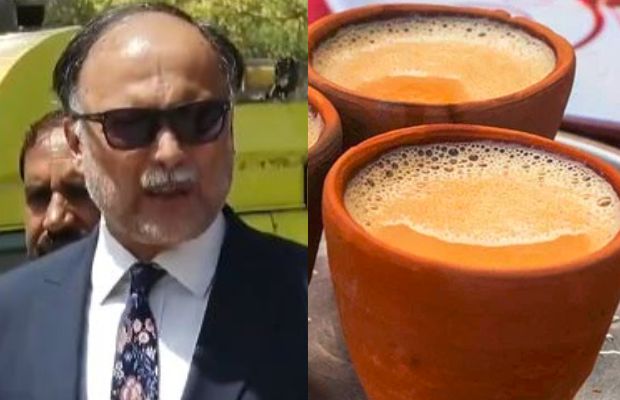 It was the other day when the Federal Minister for Planning Ahsan Iqbal urged the citizens to cut down the consumption of ‘chai’ amid a ballooning import bill draining forex reserves.

“I appeal to the nation to cut down the consumption of tea by 1-2 cups because we import tea on loan,” Iqbal said.

The planning minister said the traders’ community has also been asked to close markets by 8:30 pm to conserve energy.

He added by doing so will help the country cut the import bill of petroleum products.

The appeal from the federal minister comes after it came to light that the nation consumed tea worth Rs83.88 billion in the fiscal year 2021-22.

The federal budget document for the outgoing fiscal year showed that Pakistan imported Rs13 billion worth of more tea than the last fiscal year.

It won’t be wrong to say that Tea holds the status of the national beverage, but unfortunately not produced within the country.

Pakistan is the world’s largest importer of tea, which bought more than $600m worth last year.

The very thought of reducing the tea intake hasn’t sat well with the netizens.

The day is not far when the [email protected] govt will force its people to eat only once a day.

I m holding my heart in hand since I came to know Mr Ahsan Iqbal is advising to minimize conzumption of tea🤭🤭 pic.twitter.com/5e7pvjnMho

tweet
Share on FacebookShare on TwitterShare on PinterestShare on Reddit
Saman SiddiquiJune 15, 2022
the authorSaman Siddiqui
Saman Siddiqui, A freelance journalist with a Master’s Degree in Mass Communication and MS in Peace and Conflict Studies. Associated with the media industry since 2006. Experience in various capacities including Program Host, Researcher, News Producer, Documentary Making, Voice Over, Content Writing Copy Editing, and Blogging, and currently associated with OyeYeah since 2018, working as an Editor.
All posts bySaman Siddiqui