Angry Pakistanis demand to #RemoveCCPOLahore over his victim-blaming remarks

Umar Sheikh has been appointed the Lahore CCPO a week ago 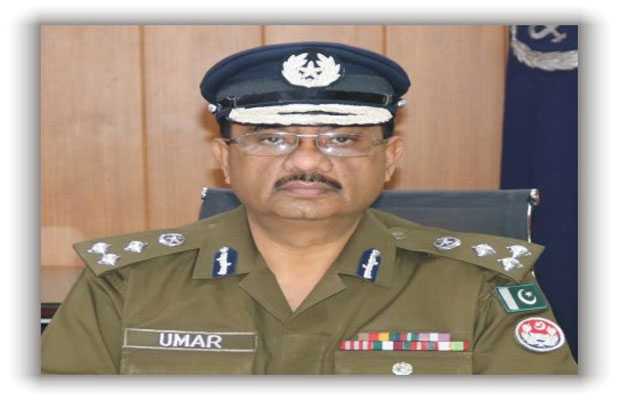 The recent motorway incident has left the entire nation in state of deep shock and rage. Angry Pakistanis are taking to social media to demand removal of the CCPO Lahore on his sickening remarks for the woman who fell prey to the rapists on Wednesday after her car stuck at the Lahore motorway due to a shortage of petrol.

Umar Sheikh, who has been appointed the Lahore CCPO a week ago, appeared on a local news outlet after the horrific incident of the woman’s gang-rape was reported.

The CCPO in his media talk blamed the victim for getting raped by the assaulters saying that the woman should have taken the GT Road. He also questioned why she went out in the night with her children all by herself.

“The story is that this woman, if it is in your knowledge, left DHA at 12:30am for Gujranwala,” he said adding that, “First, I am surprised that she, a mother of three children, chose to go without a driver. You left Defence, you [should] take the straight GT Road where there is population and go home.”

The police chief further said the woman should have checked petrol in her car before leaving Lahore and taking the longer route because there are no petrol pumps on the Lahore-Sialkot motorway.

Following the disgusting remarks of CCPO Lahore, Pakistanis are requesting authorities for zero tolerance and dismissal for the man who support the criminal while bashing the victim.

He is Umar Sheikh @CcpoLahore who blamed the rape victim for being raped. #RemoveCCPOLahore – @UsmanAKBuzdar if you are not of same mindset then you must take action for his shocking Statement pic.twitter.com/GOkAoSxos9

Ccpo lahore must take his words back or #RemoveCCPOLahore https://t.co/Ax64YF3X5g

No shahzad bhai. It’s not just culprits. It’s the mindset that needs to be removed and @CcpoLahore is from the mindset. Plz take notice of his statement #RemoveCCPOLahore https://t.co/kZmAnHlNBf

As the head of a law enforcement agency if your very first comment about any incident is essentially saying that you don't want anyone to GO ABOUT THEIR LIVES because it makes you have to actually DO YOUR FUCKING JOB, you need to be dismissed. #RemoveCCPOLahore

Remove him & more importantly, remove the victim-blaming mentality that pervades our society! #RemoveCCPOLahore

If ever there was a time to make a U turn this is it. Remove #CCPOLahore now.