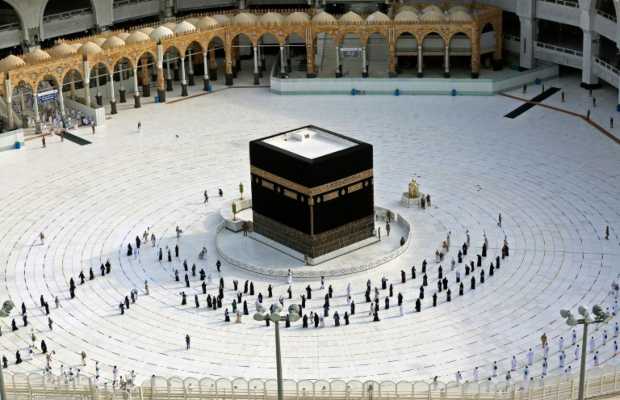 A man armed with a knife was arrested from Baitullah, the Grand Mosque in Makkah by the Haram Security Forces, on Tuesday afternoon.

The man was spotted chanting expressions in support of terrorist groups and organizations after Asr prayers on the first floor of the holy mosque, reports Saudi Gazette.

“The man was apprehended immediately and legal measures have been taken against him,” the spokesman of Makkah region police said.

President of the Haramain Sheikh Abdul Rehman Al Sudais has condemned the incident.

“The Two Holy Mosques are for worship and the performance of rituals, not to chant slogans,” he said.

It was last year in October when a man was arrested from outside Masjid e Haram as he rammed a car into Mosque’s main gate.

The video of the incident went viral on social media as a driver rammed his speeding car into Door 89 of the Grand Mosque.