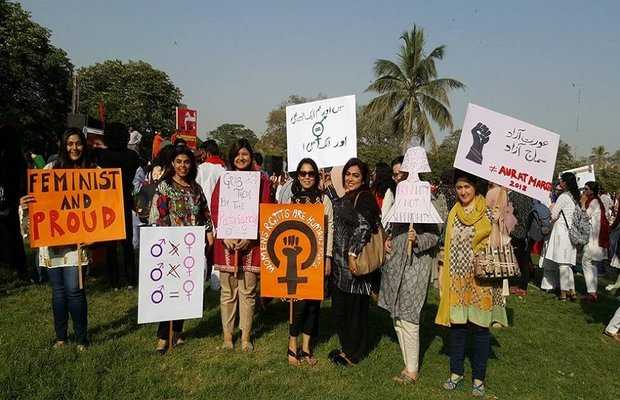 Aurat March 2020 all set to take place all across the country on the 8th of March, on occasion of International Women’s Day.

It was a day ago when Islamabad High Court dismissed a petition seeking to stop Aurat March, however, the debate still continues whether it should be held or not.

From last year, many of the slogans written on placards came under strict criticism, for many those were contradicting their religious and cultural values.

The most famous slogan #MeraJismMeriMarzi has been trending for the reasons on media platforms including social media.

This gave a new direction to the debate, why this Aurat March should be held all across the country and what is the agenda behind it. Every person has his own tale to tell, however, a few took to social media elaborating their point with hashtag #WhyIMarch:

Was just shown this list of girls/women murdered/sexually assaulted/raped etc in Pakistan in 2020 so far. It's 52 names long.
These are just the cases that were reported in the press.
This is #WhyIMarch #AuratMarch#AuratMarch2020#AuratMarchLahore https://t.co/6U40Rg40ng pic.twitter.com/SbdSuvND4x

#WhyIMarch At a local hospital, I witnessed a very young woman from an upper middle class family dying because she suffered a forced pregnancy, a miscarriage, and then her husband did not allow her a medical procedure that would’ve cleaned out her uterus.

#WhyIMarch because it's not even safe for a woman to take a cab in this country. pic.twitter.com/K2PJtRfNV0

tweet
Share on FacebookShare on TwitterShare on PinterestShare on Reddit
Saman SiddiquiMarch 7, 2020
the authorSaman Siddiqui
Saman Siddiqui, A freelance journalist with a Master’s Degree in Mass Communication and MS in Peace and Conflict Studies. Associated with the media industry since 2006. Experience in various capacities including Program Host, Researcher, News Producer, Documentary Making, Voice Over, Content Writing Copy Editing, and Blogging, and currently associated with OyeYeah since 2018, working as an Editor.
All posts bySaman Siddiqui