Australia shoots down 5,000 camels in 5 days

Officials say camels are getting too close to remote towns in search of water, contaminating supplies for communities affected by drought. 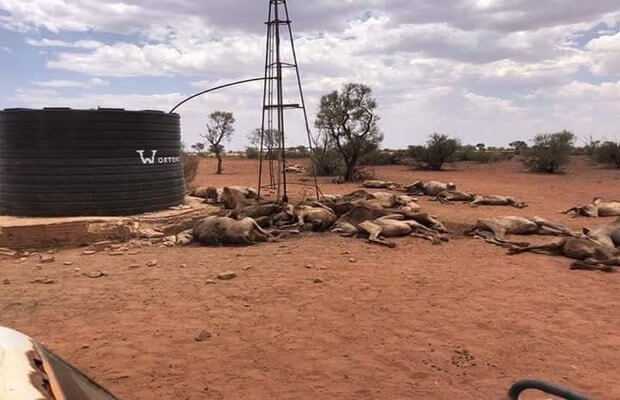 Reportedly, 5,000 camels have been shot dead in 5 days in drought-hit Australia amid wildfires.

According to the officials, helicopter-borne marksmen killed more than 5,000 camels in a five-day cull of feral herds that were threatening indigenous communities in drought-stricken areas of southern Australia.

Officials say camels are getting too close to remote towns in search of water, contaminating supplies for communities affected by drought.

The culling of camels in #Australia began on Wednesday. It is estimated that around 10k camels will be culled bkz of the water crisis, being #Australia the country with the largest population of wild camels. It seems it was not enough the amount of animals that have perished 😡 pic.twitter.com/81bZNyzhmG

Aboriginal leaders in South Australia state in a statement said that extremely large herds of the non-native camels had been driven towards rural communities by drought and extreme heat, threatening scarce food and drinking water, damaging infrastructure, and creating a dangerous hazard for drivers.

The cull in the Anangu Pitjantjatjara Yankunytjatjara (APY) Lands, which is home to about 2,300 indigenous people in the arid northwest of South Australia, ended on Sunday, said APY general manager Richard King.

“We appreciate the concerns of animal rights activists, but there is significant misinformation about the realities of life for non-native feral animals, in what is among the aridest and remote places on Earth,” King said in a statement on Tuesday.

“As custodians of the land, we need to deal with an introduced pest in a way that protects valuable water supplies for communities and puts the lives of everyone, including our young children, the elderly, and native flora and fauna first.”

“The prolonged dry period, while not difficult for native wildlife, leads to extreme distress for feral camels,” he said.

tweet
Share on FacebookShare on TwitterShare on PinterestShare on Reddit
Saman SiddiquiJanuary 14, 2020
the authorSaman Siddiqui
Saman Siddiqui, A freelance journalist with a Master’s Degree in Mass Communication and MS in Peace and Conflict Studies. Associated with the media industry since 2006. Experience in various capacities including Program Host, Researcher, News Producer, Documentary Making, Voice Over, Content Writing Copy Editing, and Blogging, and currently associated with OyeYeah since 2018, working as an Editor.
All posts bySaman Siddiqui