Baghdadi had killed himself and three of his children with a suicide vest as US special operations forces approached his position in Syria's Idlib region. 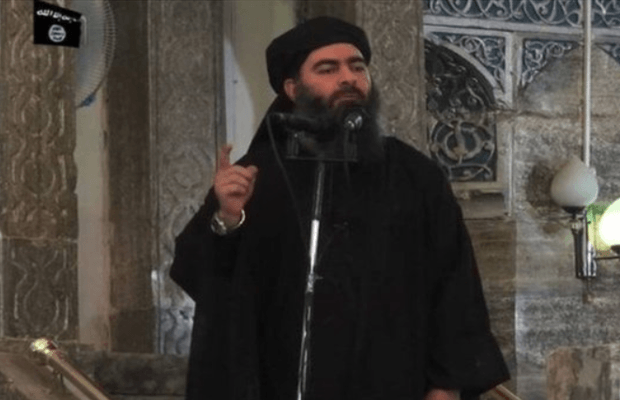 Abu Bakr al-Baghdadi, the leader of the Islamic State (IS) militant group has been killed in the US special operation in Syria. The confirmation comes from the US President Donald Trump on Sunday, saying that the notorious militant “died like a dog”.

He briefed the media that Abu Bakar accompanied by his companions and his three children were hidden in a tunnel when he blew himself during American Army Operation.

Addressing the presser US president told that Baghdadi died after exploding a suicide ´vest’, and also briefed that his body had gone mutilated but was identified with the DNA test.

POTUS  confirmed details published earlier, revealing that Baghdadi had killed himself and three of his children with a suicide vest as US special operations forces approached his position in Syria’s Idlib region.

“His body was mutilated by the blast. The tunnel had caved in on it in addition. But test results gave a certain immediate and totally positive identification. It was him.

“The thug who tried so hard to intimidate others spent his last moments in utter fear, in total panic and dread, terrified of the American forces bearing down on him,” Trump said at the White House.

US president also thanked Russia, Turkey, Syria, and Iraq for help in conducting a raid against Baghdadi.

Baghdadi had been rumoured dead many times back in 2016, 2017 and 2018. He emerged as the leader of al-Qaeda in Iraq, one of the groups that later became the Islamic State of Iraq and the Levant (ISIS) in 2010 and then Islamic State group in 2014, and rose to prominence during the failed merger with al-Qaeda-linked Nusra Front in Syria (now Jabhet Fateh al-Sham).

Back in 2014, following his group’s rapid capture of Mosul and vast swathes of western Iraq, he declared himself the new caliph from the pulpit of al-Nouri Mosque in the Old City of Mosul,  claiming to be the leader of the entire Muslim nation, a title abolished in 1924 with the fall of the Ottoman Empire.