Rauf Siddiqui acquitted in the case. 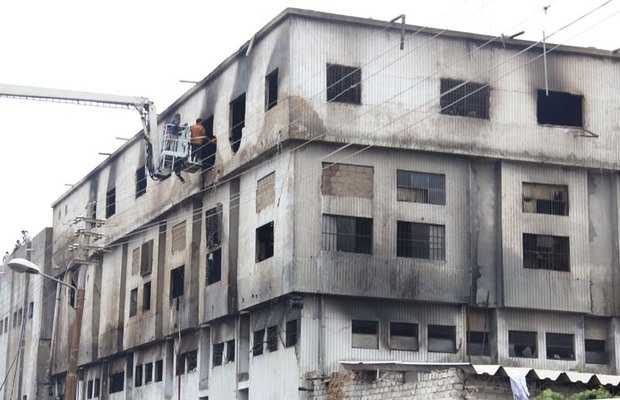 Two sentenced to death for role in the factory fire; 4 acquitted by the  Anti-Terrorism Court (ATC) in the verdict of the Baldia Factory Fire Case, announced on Tuesday.

The ATC had reserved its verdict on September 2 after hearing arguments from both sides.

ATC has sentenced Rahman alias ‘Bhola’ and Zubair alias ‘Charya’ were both to the death penalty for their role in the factory fire, while Shahrukh, Fazal Ahmed, Arshad Mehmood, and Ali Mohammad were jailed for life for facilitating the crime.

The victims of the Baldia Factory Fire Case have been waiting for justice for the past 8 years of the horrific incident.

On September 11, 2012, 260 workers died after they were burnt alive when the garment factory building was set on fire.

Rehman, the prime accused of the crime had admitted that he deliberately set ablaze the Ali Enterprise factory on the instructions of MQM leader Hammad Siddiqui. he had further disclosed that he received instructions to set fire to the factory by MQM leader.

He had claimed that the purpose behind the arson attack was only to intimidate the owners of Ali Enterprise; he did not anticipate that his act would result in the loss of lives.

Arshad Bhalla, who was one of the owners of the factory,  testified in court that MQM men had asked him to pay Rs250 million or a 50% share in profits. He said he had been willing to pay Rs10 million.

At least 400 people have recorded their statements in this case.

According to the JIT report, an eyewitness testified that not only was the factory burnt down with workers inside, they also made sure nobody could escape by locking the doors.