Bedridden Musharraf reacts to death penalty verdict, says it is based on personal vendetta

Former president of Pakistan Musharraf said that he will announce his plan of action regarding the case after consulting his legal team. 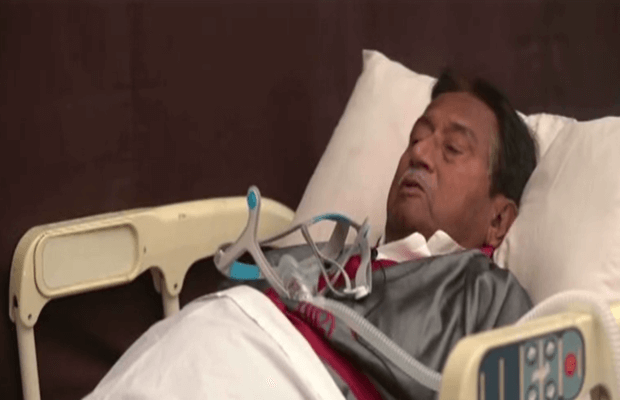 Pervez Musharraf reacts to the death penalty verdict given to him by the special court in the high treason case.

A video message by the bedridden former president Pervez Musharraf was shared in media in which he says that the death penalty verdict given to him is based on a personal vendetta.

“I call it [special court verdict] a suspicious judgment because it disregarded the principle of supremacy of law from the beginning. I’d rather say that if going by the Constitution, this case should not have been heard,” said Musharraf.

“In this case, some people in high offices misused their authority to target one individual,” he added. “Targeting an individual based on selective events reveals the intentions of these people.”

Musharraf also added that he respects the Pakistani judiciary and believes, like Chief Justice Khosa, that everybody should be equal before the law.

“However, in my opinion, Chief Justice Khosa showed his intentions and his determination to the public himself by saying that he ensured a speedy verdict in this case. How can the judges who gained personal benefits during my tenure issue a judgment against me?”.

“I have faith in Pakistan’s judiciary, and I hope it will provide me justice based on the supremacy of law,” he added.

Thanking the Pakistani nation and its armed forces for remembering his services for the country, he said, “This is the biggest honour which I’ll take to my grave”.

Former president of Pakistan Musharraf said that he will announce his plan of action regarding the case after consulting his legal team.

He was sentenced to death for treason by a special court on Tuesday.

A detailed verdict of the high treason case against ex-president Pervez Musharraf is set to be issued on 19 December (Thursday) at 12:00 pm, the registrar of a special court formed to hear the case said Wednesday.