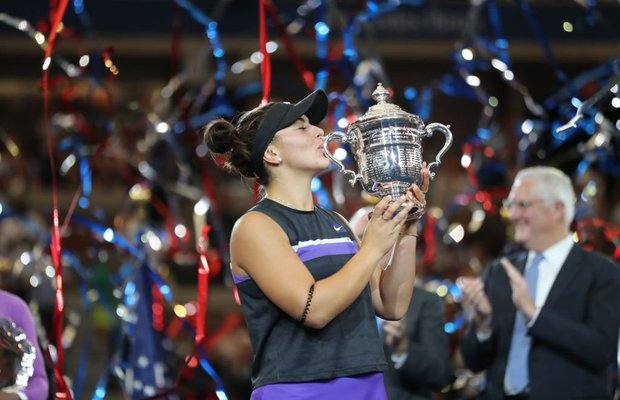 Serena Williams had been aiming for record-equaling 24th Grand Slam singles title, but her quest for the title came unstuck against the teenager who beat her by 6-3 7-5.

It has been the most intense game, Bianca Andreescu took charge early, going up by a set and two breaks, then held off a late charge by Serena Williams to win the maiden grand slam title.

“Being able to play on this stage against Serena, a true legend in this sport, is amazing,” said Andreescu, who was appearing in her first major final.

A humble and graceful champion.

While Williams who played her33rd final, said, “Oh, man, it wasn’t easy at all.”

The 37-year-old American remains stuck on 23 Grand Slam singles title, one shy of Margaret Court’s mark for the most in history.

tweet
Share on FacebookShare on TwitterShare on PinterestShare on Reddit
Saman SiddiquiSeptember 8, 2019
the authorSaman Siddiqui
Saman Siddiqui, A freelance journalist with a Master’s Degree in Mass Communication and MS in Peace and Conflict Studies. Associated with the media industry since 2006. Experience in various capacities including Program Host, Researcher, News Producer, Documentary Making, Voice Over, Content Writing Copy Editing, and Blogging, and currently associated with OyeYeah since 2018, working as an Editor.
All posts bySaman Siddiqui