The nature and impact of the blast is being ascertained by police. 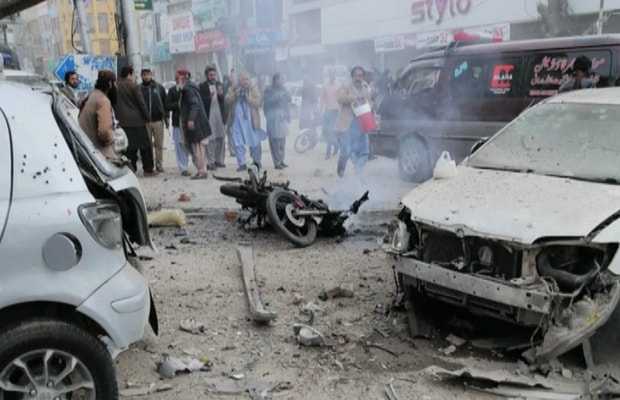 Seven people have been killed while 19 others have been injured during an explosion near the Quetta Press Club located on Shahrah-i-Adalat on Monday.

As being reported, Two policemen were also among the seven martyred in the blast.

According to the sources, the blast took place as a demonstration was ongoing near the press club. The impact of the blast left several vehicles parked in the vicinity damaged. Scores of buildings’ window panes also shattered in the blast.

The security forces have cordoned down the area and investigations are underway. The nature of the blast has not been ascertained yet.

Furthermore, an emergency has been imposed in Quetta’s civil hospital, while senior doctors have been called.

tweet
Share on FacebookShare on TwitterShare on PinterestShare on Reddit
Saman SiddiquiFebruary 17, 2020
the authorSaman Siddiqui
Saman Siddiqui, A freelance journalist with a Master’s Degree in Mass Communication and MS in Peace and Conflict Studies. Associated with the media industry since 2006. Experience in various capacities including Program Host, Researcher, News Producer, Documentary Making, Voice Over, Content Writing Copy Editing, and Blogging, and currently associated with OyeYeah since 2018, working as an Editor.
All posts bySaman Siddiqui