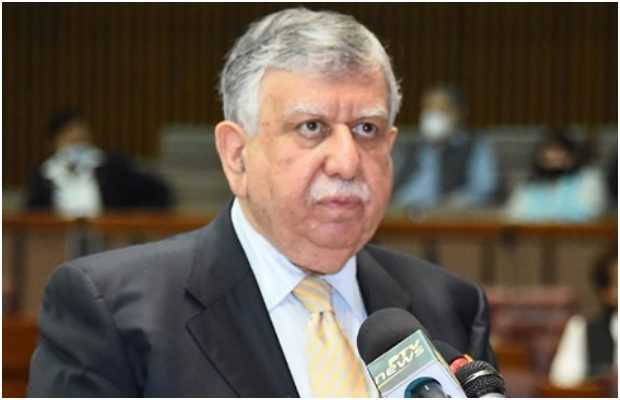 Finance Minister Shaukat Tarin presented an Rs8,400 billion budget for the fiscal year 2021-2022 in the National Assembly on Friday.

In his budget speech, Tarin said that he”The country was on the verge of bankruptcy when we assumed the power and the current account deficit was US$20.”

He said that the government faced the biggest challenge of saving the country from bankruptcy.

“We adopted the policy of reducing the expenditures and increasing the income,” he maintained.

“During the coronavirus pandemic, 12 million families were provided financial assistance,” he added.

He claimed that the per capita increased by 15 percent despite the coronavirus pandemic.

“We have overcome the current account deficit. A record increase of 25% has been made in remittances. We face the challenge of inflation,” he declared.

The minister added that the exports witnessed a 14 percent increase.

The government allocated the following amount for different programmes:

tweet
Share on FacebookShare on TwitterShare on PinterestShare on Reddit
Saman SiddiquiJune 11, 2021
the authorSaman Siddiqui
Saman Siddiqui, A freelance journalist with a Master’s Degree in Mass Communication and MS in Peace and Conflict Studies. Associated with the media industry since 2006. Experience in various capacities including Program Host, Researcher, News Producer, Documentary Making, Voice Over, Content Writing Copy Editing, and Blogging, and currently associated with OyeYeah since 2018, working as an Editor.
All posts bySaman Siddiqui