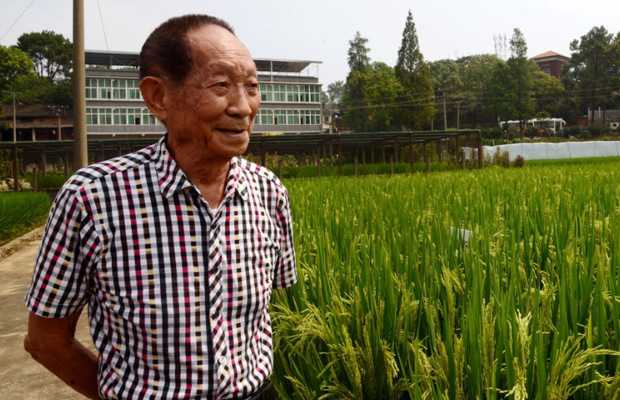 As being reported, Mr. Yuan died from multiple organ failures.

His health had deteriorated after falling down at the Sanya Hybrid Rice Research Base in the island province of Hainan on March 10.

He was transferred to a hospital in Changsha, capital of central Hunan province, on April 7 for medical treatment.

Born in Beijing in 1930, Yuan’s family moved during his childhood from the coastal city of Tianjin to the municipality of Chongqing to Hubei province amid a civil war and the Second Sino-Japanese War.

In the early 1960s, Yuan started research into developing hybrid rice strains while teaching in an agricultural school in Hunan province.  Those were the days when China faced a shortage in food resources owing to the consequences of the Great Leap Forward and natural disasters.

In 1966, Yuan proposed his “three lines method” theory — utilizing rice heterosis with a male-sterile line, a maintainer line, and a restorer line — in a research paper that won trust and support from high-level officials who sheltered his research program during the tumultuous Cultural Revolution.

In the 1970s, Yuan successfully cultivated the first high-yield hybrid rice (In 1973) that yielded 20% more than conventional rice.

Since then, his hybrid rice varieties have been reportedly promoted to 8.5 billion mu (a unit roughly equivalent to one-sixth of an acre) of farmland across China, feeding an additional 80 million people every year.

Not just in China, the hybrid rice varieties were also promoted to dozens of countries across the world.

For his services, he was awarded at home and abroad, including China’s first National Highest Science and Technology Award in 2000 and the World Food Prize in 2004.

In 2019, he was awarded the Medal of the Republic by Chinese President Xi Jinping.