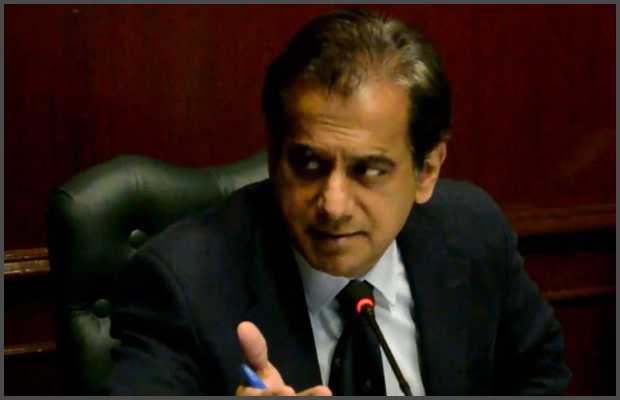 Karachi Commissioner Iftikhar Shalwani announced the decision to close restaurants, wedding halls, and supermarkets in the metropolis for non-compliance with SOPs for protection against coronavirus.

A high-level meeting was held under the chairmanship of Commissioner Karachi Iftikhar Shalwani, in which all the Deputy Commissioners participated.

The meeting decided to crack down on negligent restaurants, wedding halls, and supermarkets.

Commissioner Karachi said that restaurants, wedding halls and supermarkets are being neglected and SOPs are not being implemented, now there will be crackdown on violators of SOPs.

He said that coronavirus was spreading rapidly, adding that Sindh Chief Minister Murad Ali Shah had issued special directives to curb the spread of the epidemic. He directed the Deputy Commissioners not to be lenient with anyone who was violating restaurants and supermarkets.

It was decided at the meeting that the responsibility of implementing SOPs to prevent corona in marriage halls would fall on the management of the halls.

During the meeting, all the Deputy Commissioners briefed about the trend of violation of SOPs in their respective districts, restaurants, marriage halls, and supermarkets violating SOPs were also identified.

Commissioner Karachi Iftikhar Shalwani directed the Deputy Commissioners to mobilize the Assistant Commissioners in their respective areas and ensure implementation of SOPs.