Muslim properties and assets were targeted during the riots, report. 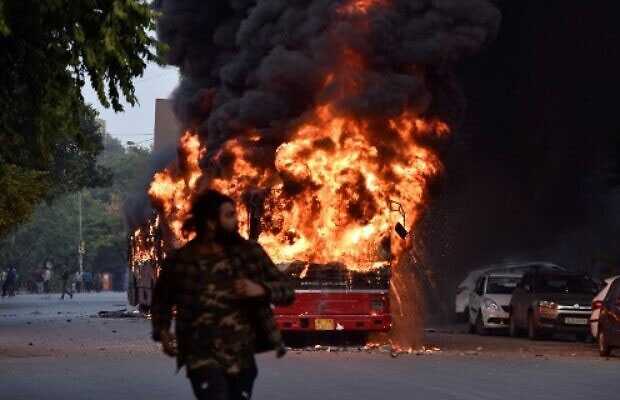 A fact-finding committee set up by the Delhi Minorities Commission to investigate the 2020 riots in India has accused Delhi Police of being involved and abetting the violence.

According to the reports on Indian media, Delhi riots began immediately after BJP leader Kapil Mishra made an incendiary speech at the site.

During the Delhi riots— dozens of protesters in which majority was Muslims— were killed while hundreds were injured in the unrest that rocked the Indian capital after it introduced the incendiary Citizenship Amendment Act (CAA) a few months ago.

The minority commission in its report stated that Muslim properties and assets such as homes, vehicles, and shops were preferably targeted during riots, showing biased behaviour against Muslims.

From Left to Right:

In the report, the commission highlighted various incidents where Delhi police officers were present as a spectator, whose failure to act led to an exacerbation of the riots.

During the riots, 11 mosques, five madrasas or religious schools, a Muslim shrine and a graveyard were attacked, report said

Earlier this year, major demonstrations took place in the capital Delhi that had turned into violent riots.

The unrest started when people took to streets protesting against the controversial citizenship amendment bill that turned into fierce clashes. The protest also coincided with the US President Donald Trump’s first Indian visit.

During the unrest in the capital, police fired tear gas and demonstrators charged with batons as several thousand of them marched, and rallied outside the Jamia Millia Islamia university, police headquarters and streets.