SC decision on a presidential reference seeking interpretation of Article 63-A, a 3-2 split opinion 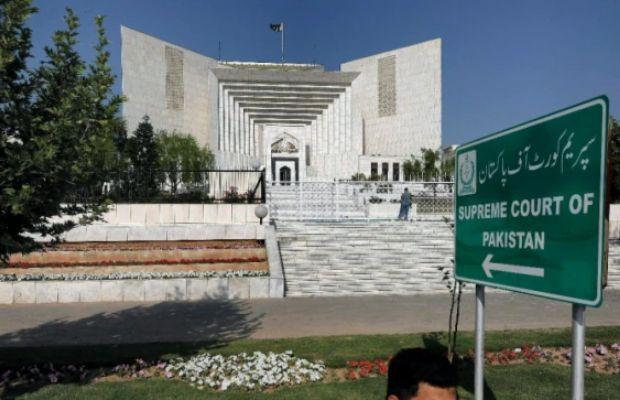 Dissenting lawmakers’ votes will not be counted; the Supreme Court of Pakistan announced the decision on a presidential reference seeking interpretation of Article 63-A.

The Supreme Court on Tuesday wrapped up the hearing of the reference which was filed by President Dr. Arif Alvi on March 21.

The hearings continued for 58 days since its filing.

The verdict by the larger bench of the apex court was a 3-2 split decision.

President Arif Alvi had asked four main questions from the apex court in the filed reference:

The short order issued by the apex court said that the first question referred by the president was related to the proper approach to be taken for the interpretation and application of Article 63-A.

“In our view, this provision cannot be read and applied in isolation and in a manner as though it is aloof from, or indifferent to, whatever else is provided in the Constitution. Nor can Article 63-A be understood and applied from the vantage point of the member who has earned opprobrium and faces legal censure as a defector by reason of his having acted or voted (or abstained from voting) in a manner contrary to what is required of him under clause (1) thereof,” the verdict stated,

It stated that Article 63-A was an “expression in the Constitution itself of certain aspects of the fundamental rights that inhere in political parties under clause (2) of Article 17,” adding that the two provisions were “intertwined”.

The verdict went on to say that defections were “one of the most pernicious ways” in which political parties could be destabilized, noting that they could also delegitimize parliamentary democracy.

tweet
Share on FacebookShare on TwitterShare on PinterestShare on Reddit
Saman SiddiquiMay 17, 2022
the authorSaman Siddiqui
Saman Siddiqui, A freelance journalist with a Master’s Degree in Mass Communication and MS in Peace and Conflict Studies. Associated with the media industry since 2006. Experience in various capacities including Program Host, Researcher, News Producer, Documentary Making, Voice Over, Content Writing Copy Editing, and Blogging, and currently associated with OyeYeah since 2018, working as an Editor.
All posts bySaman Siddiqui