"This evening I received confirmation that the test is negative," Trump's physician, Sean Conley said in his statement. 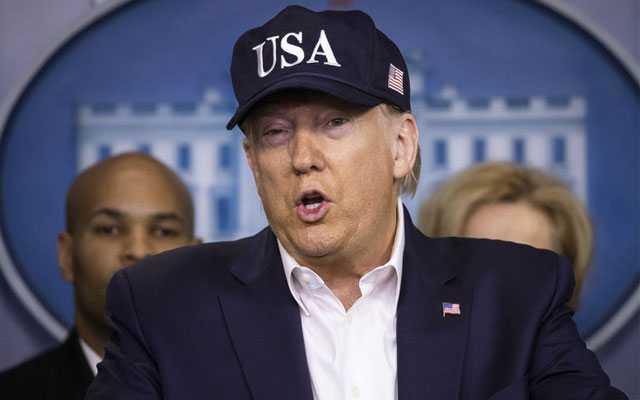 US President Donald Trump has tested negative for the coronavirus, the White House announced on Saturday.

A memo was released by White House’s physician to the media that US president was tested Friday evening, though he had no symptoms.

“This evening I received confirmation that the test is negative,” Trump’s physician, Sean Conley said in his statement.

The memo released to the media stated that “Last night after an in-depth discussion with the President regarding COVID-19 testing, he elected to proceed”.

He underwent a test days after hosting a meeting at his Florida resort with a Brazilian delegation, some of whom have tested positive.

According to the reports, Fabio Wajngarten— an aide to the Brazilian president— was among those later confirmed to have the disease.

“One week after having dinner with the Brazilian delegation in Mar-a-Lago, the president remains symptom-free,” Conley said.

“I have been in daily contact with the CDC and White House Coronavirus Task Force, and we are encouraging the implementation of all their best practices for exposure reduction and transmission mitigation.”

The statement followed days of questions about the president’s potential exposure to the pathogen and came just hours after he surprised media by revealing that he had in fact been tested.