The Supreme Court of Pakistan on Sunday issued a short written verdict in the disqualification case of former PTI leader and former federal minister Faisal Vawda.

The apex court has ordered the ousted PTI leader to submit his resignation to the Senate Chairman as quickly as possible.

The SC ruled that the Election Commission of Pakistan (ECP) was not authorized to disqualify any parliamentarian before the elections.

A four-page decision was issued by Chief Justice Umar Ata Bandial stated: “Faisal Vawda stated that he received the certificate of quitting US nationality on June 25, 2018. He further admitted his misleading statement. He was not qualified to become the member parliamentarian in 2018.”

“The Article 63 of the Constitution of Pakistan applies after Vawda admitted his guilt. He will remain disqualified till the tenure of the incumbent parliament”, it added.

“The Islamabad High Court’s decision couldn’t be maintained in the light of the law of the land so the decision of the ECP and IHC regarding lifetime disqualification is declared null and void.”

Copy of Judgment in the Faisal Vawda disqualification case: 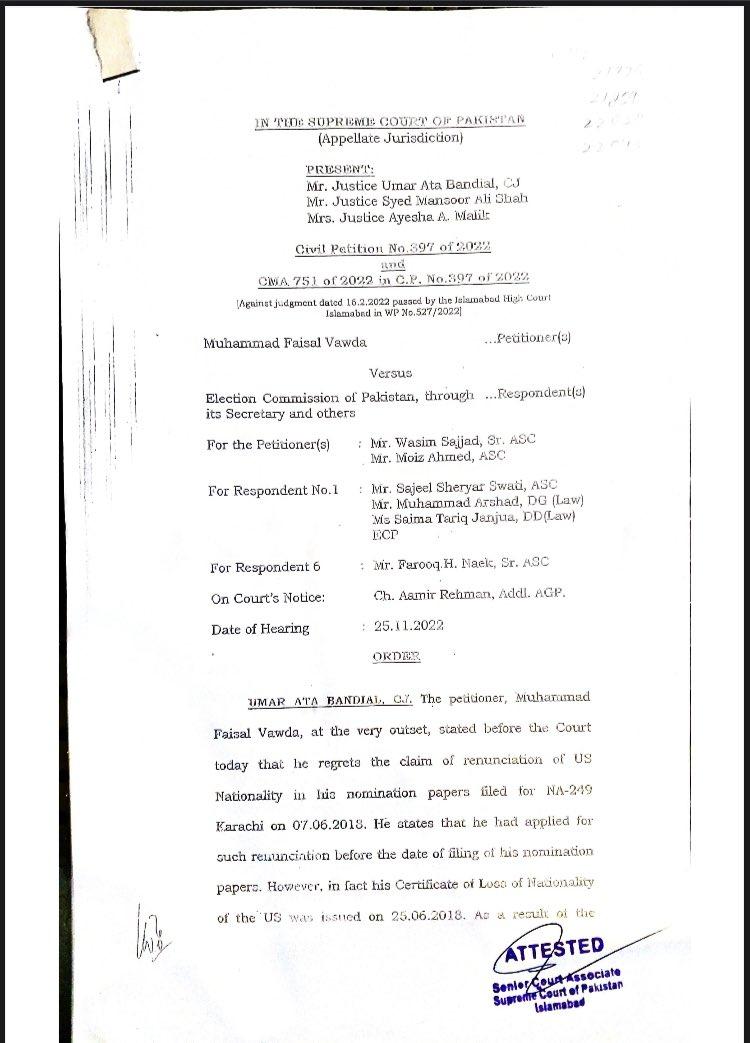 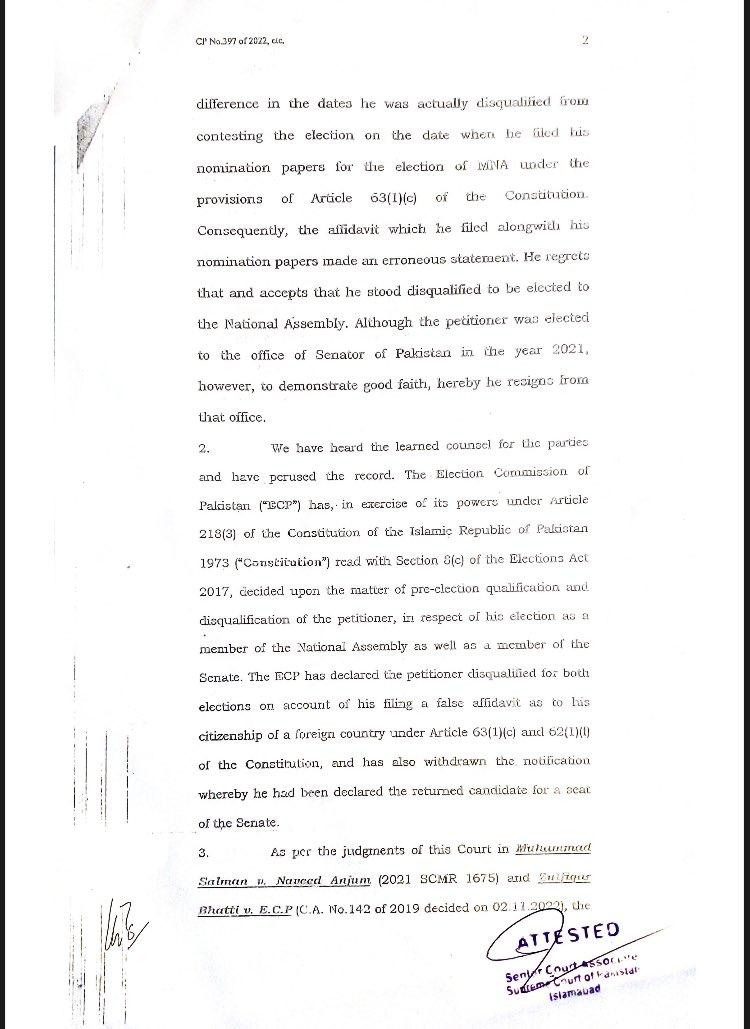 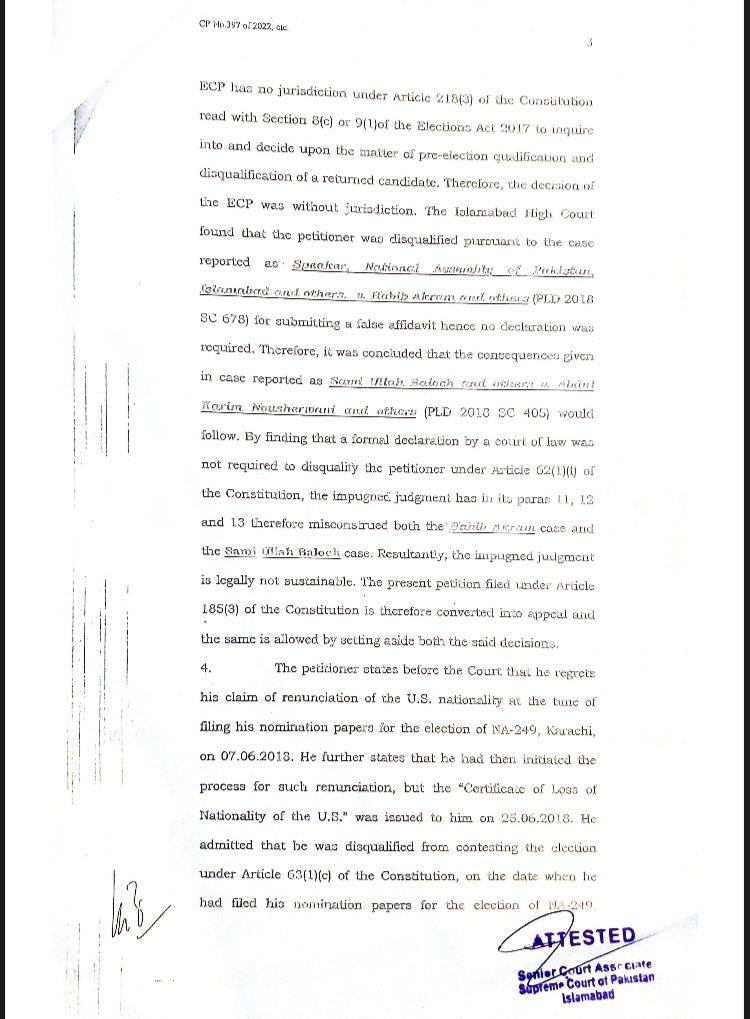 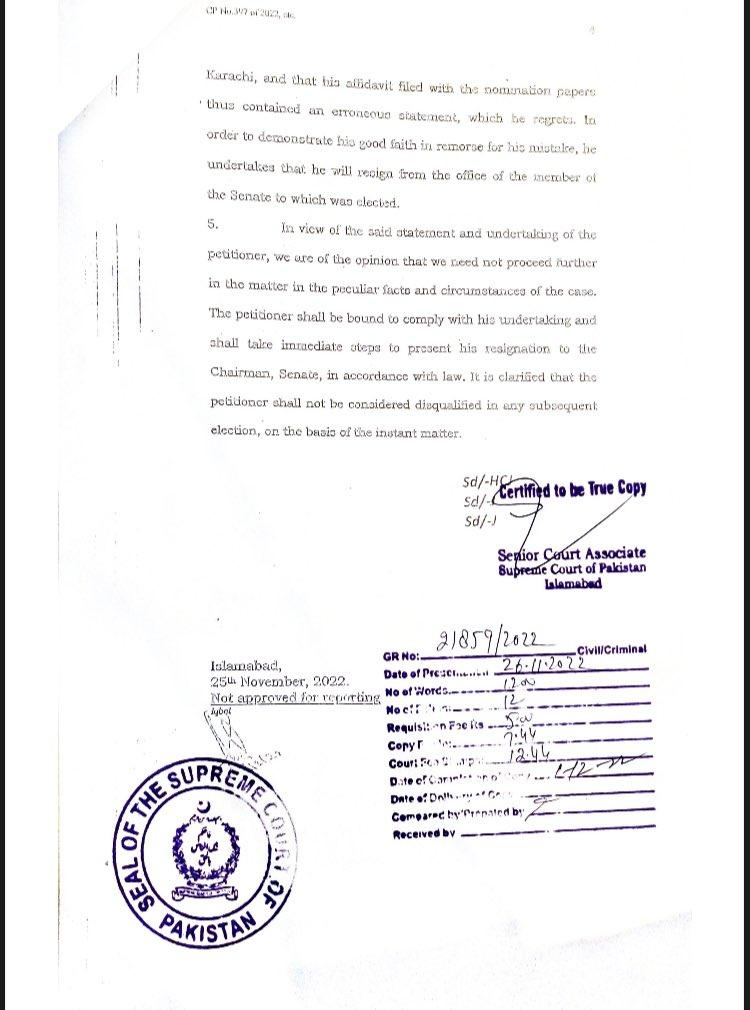