In his statement, Fawad Chaudhry said that it was an insult to the judges and the judiciary for a fugitive to address the conference 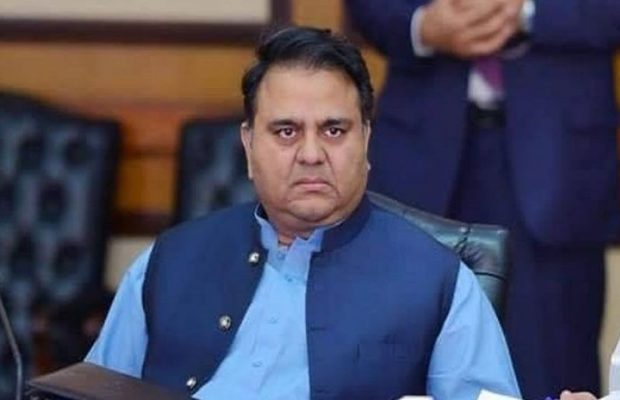 The organizers of the conference held in the memory of renowned lawyer Asma Jahangir had arranged the address of Former Prime Minister and PML-N leader Nawaz Sharif in the closing session.

In his statement, Fawad Chaudhry said that it was an insult to the judges and the judiciary for a fugitive to address the conference after the speech of the Chief Justice and senior judges.

Federal information minister in a tweet said, “Advised SCBA that they should remain neutral only than lawyers can contribute! The conference addressed by CJP and senior judges are concluding with a speech by an absconder it’s nothing but contempt of judges and judiciary ……”

Advised SCBA that they should remain neutral only than Lawyers can contribute! Conference addressed by CJP and senior Judges is concluding with speech by an absconder it’s nothing but a contempt of Judges and Judiciary ……

In his other tweet, he stated: “I was invited to the Asma Jahangir conference. I was told that the conference is going to be concluded with the speech of an absconder. Obviously, it’s tantamount to making fun of the country and its constitution. I have excused myself from attending the conference.”