but Swati failed to turn up. His lawyer appeared before the commission to argue his case. 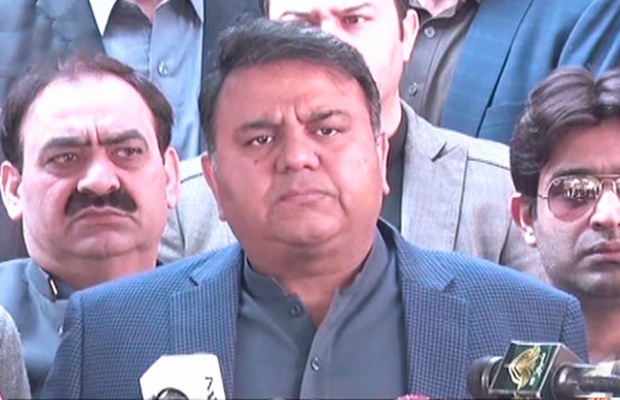 Minister for Information and Broadcasting Chaudhry Fawad Hussain has tendered his apology before the Election Commission of Pakistan (ECP) on Tuesday for uttering harsh words against the electoral watchdog and the chief election commissioner (CEC).

A two-member bench of the Election Commission on Tuesday was hearing a case against Information Minister Fawad and Railways Minister Azam Swati.

The ECP had issued show-cause notices to both for making false allegations against the ECP and Chief Election Commissioner (CEC).

During the hearing, the commission ordered federal minister Fawad Chaudhry to submit his apology in writing.

The minister while arguing his case said that he appeared before the commission because he did not want to indulge in any kind of rejoinders.

Federal Minister pleaded with the commission to close the case. He said he himself was a lawyer and he was also the mouthpiece of the government.

“I did not swear or abuse anyone. I’m also a lawyer. Accept my apology,” Minister for Information and Broadcasting Fawad pleaded.

Upon this, the election commission asked him to submit his written reply before the ECP.

On the other hand, Swati’s lawyer told the court that his client could not attend the hearing due to the Senate session today.

The ECP remarked that it was just an excuse. The commission gave final chance to Swati to submit his reply and adjourned the case till Dec 3.