At least four people were injured in the incident. 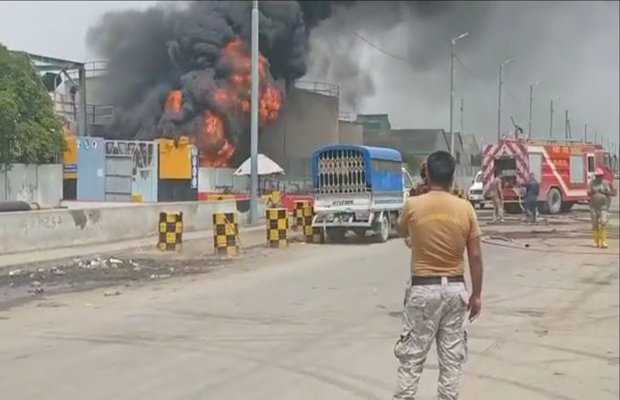 A fire erupted at an oil terminal in Keamari on Thursday, leaving supply to other parts of the country suspended from Karachi.

According to SHO Jackosn police station, a fire erupted in Shell Oil Depot at Kemari Terminal-1, in which the three people were burnt and shifted to CHK (Burns Centre) further information is being collected about casualties.

According to fire brigade officials, they managed to control the inferno. 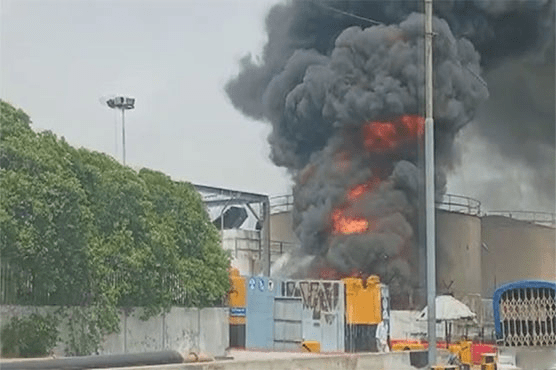 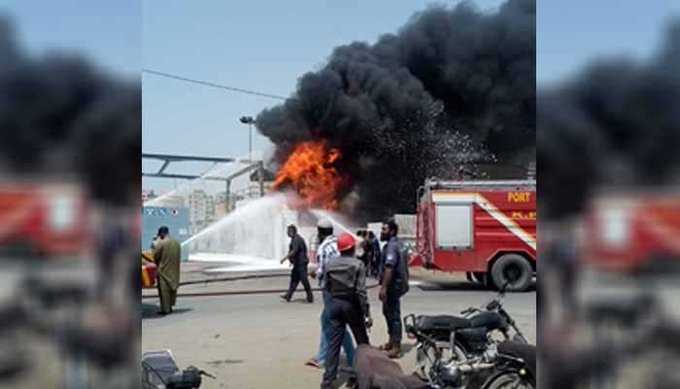 Senior superintendent City Police Muqadas Haider said that they had stopped the fire from spreading further.

“We have called in more fire brigade tenders,” the police officer had said.

Due to the incident, traffic towards Keamari has also been diverted by placing a container on the road leading to the port.

All Pakistan Oil Tankers Association announced that it was suspending the supply of petroleum products across the country after an oil terminal at Keamari caught fire.

He added that they have removed their tankers from the terminal for now.

“We will assess the situation after the fire has been extinguished and then decide on restoring the supply,” said Shahwani.

Meanwhile, Shell Pakistan in an official statement said: “A 20-inch diameter PSO import line passing inside Shell Pakistan’s terminal at Kemari caught fire, authorities have been quick to action, Fire Brigades, emergency rescue staff along with Shell Pakistan team are all present at the site and are extending their support in ensuring the safety of every personnel present at PSO terminal”.

“The maintenance and safety standards compliant with key oil pipelines are crucial. It is important to realize that compliance is a priority for safety and sustainable infrastructure. Pakistan being an import reliant country, needs to ensure the most stringent of compliance in terms of pipelines for the fuel supply coming into Karachi and Shell Pakistan is willing to support all stakeholders in this regards so that such unfortunate incidents can be avoided”, it further added.

tweet
Share on FacebookShare on TwitterShare on PinterestShare on Reddit
Saman SiddiquiSeptember 3, 2020
the authorSaman Siddiqui
Saman Siddiqui, A freelance journalist with a Master’s Degree in Mass Communication and MS in Peace and Conflict Studies. Associated with the media industry since 2006. Experience in various capacities including Program Host, Researcher, News Producer, Documentary Making, Voice Over, Content Writing Copy Editing, and Blogging, and currently associated with OyeYeah since 2018, working as an Editor.
All posts bySaman Siddiqui