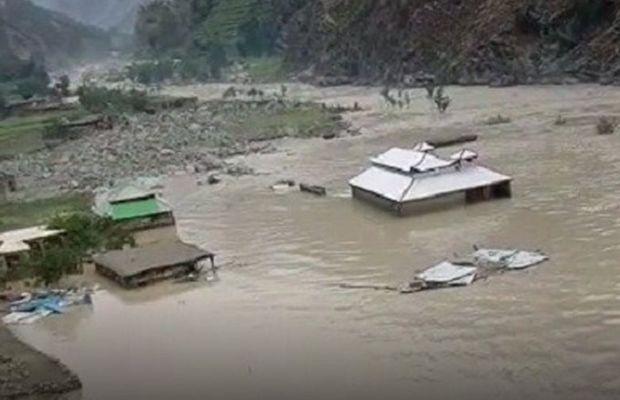 As reported on Sunday, at least 50 houses and mini-power stations were washed away rendering scores of people homeless amid flash flooding in the area.

Flood-affected areas have been cut off from the electric grid and potable water.

According to Tehsildar (revenue officer) Muhammad Riaz, officials have constituted five teams that have been dispatched to the affected areas for relief work and the assessment of losses in the Kandia tehsil of Upper Kohistan.

“Initially we had sent 45 tents and other essential items to the affected families while a team of revenue officers will reach affected areas in an hour to start relief activities,” Tehsildar Riaz said.

however, the losses were not significant, he added.