According to the FIA’s cyber crime cell, the men used to force women to make “unethical” video calls with international clients. 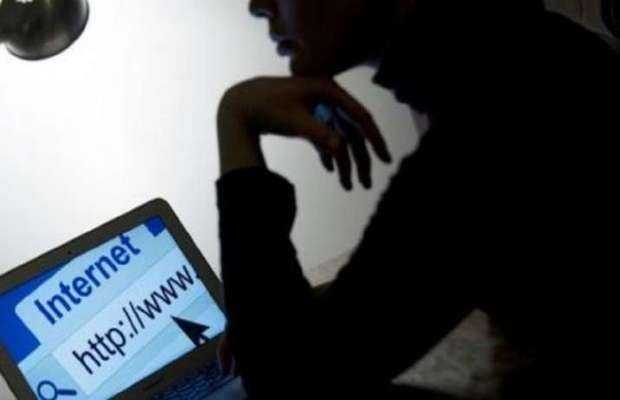 The Cyber Crime Wing of the Federal Investigation Agency (FIA) has busted a gang involved in running an immoral website during a raid on a flat in Karachi.

According to the news reports, FIA officials that the raid was conducted on a flat in the Gulshan-e-Iqbal area on Saturday.

One of the arrested men has been identified as Faisal Qadir who is reportedly the main accused and leader of the gang. The group comprises more than 35 members.

Nine mobile phones, computers, and other electronic devices were confiscated during the raid.

According to the officials, immoral videos have been found in the electronic equipment seized.

The gang was allegedly involved in using women in immoral activities and arrange their meetings with ‘customers’.

According to the FIA’s cybercrime cell, the gang used to force women to make “unethical” video calls with international clients.

“The women were connected with people in other parts of the world through online applications,” the authority’s spokesperson said.

“These women were then paid for their calls via virtual currency called diamonds.”

The gang had also published several fake advertisements in newspapers.

According to the officials, the women used for immoral video calls were given ‘points’ and were being paid accordingly.

tweet
Share on FacebookShare on TwitterShare on PinterestShare on Reddit
Saman SiddiquiOctober 18, 2020
the authorSaman Siddiqui
Saman Siddiqui, A freelance journalist with a Master’s Degree in Mass Communication and MS in Peace and Conflict Studies. Associated with the media industry since 2006. Experience in various capacities including Program Host, Researcher, News Producer, Documentary Making, Voice Over, Content Writing Copy Editing, and Blogging, and currently associated with OyeYeah since 2018, working as an Editor.
All posts bySaman Siddiqui