Ban on the Tehreek-e-Labbaik Pakistan (TLP) to be imposed under the anti-terrorism law. 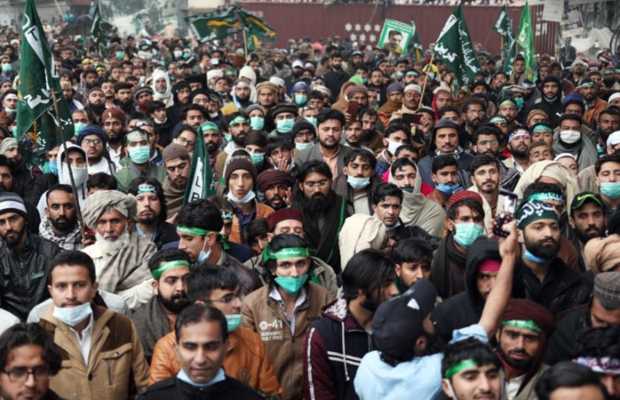 Federal Interior Minister Sheikh Rashid Ahmed has said that the decision to ban Tehreek-e-Labbaik (TLP) has been taken under the Anti-Terrorism Act.

Addressing a press conference in Islamabad on Wednesday afternoon, Interior Minister Sheikh Rashid Ahmed said that the federal government has decided to ban TLP under Rule 11B of the Anti-Terrorism Act 1997.

The federal minister added that our efforts to persuade them had failed and the Punjab government had recommended a ban on TLP.

Sheikh Rashid said that we are sending a summary to the cabinet regarding the ban on TLP. We wanted to present the resolution in the assembly by consensus.

He further added that a rifle was snatched from the police in Islamabad and they opened fire. They wanted such a draft that all the people of Europe should go back.

Sheikh Rashid said that it was not us who had formulated the strategy, it was based on the agreement we had made, GT Road and Motorway have been fully restored.

Regarding the FIRs filed against protesters, Rasheed said they were all filed in accordance with the law.

“I have never supported this party nor had ever met Khadim Hussain Rizvi (former TLP chief),” the minister said, adding the ban has been imposed due to TLP’s “character” and not due to any political compulsion.

For the past two days, Major cities across the country saw massive protests that turned violent at places, after TLP Chief Saad Hussain Farooqi was taken into custody.

The violent clashes have claimed the lives of three people, including two policemen.

Nearly 100 policemen were reported to have been injured in clashes with the protesters.

A day earlier Federal Cabinet approved the deployment of Rangers in different cities of Punjab in view of the law and order situation and called for paramilitary forces in Lahore, Rawalpindi, Multan, Gujarat, Bahawalpur, Mandi Bahauddin, Jhelum, and Bahawalnagar.