PML-N accuses Buzdar of corruption worth billions of rupees at the behest of Imran Khan! 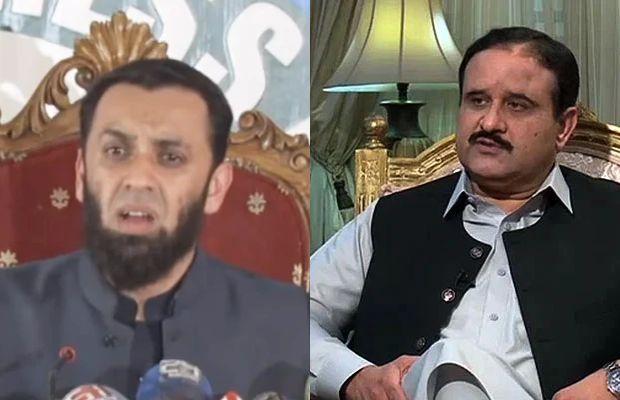 The government will file a case against Usman Buzdar on corruption charges!

Addressing a press conference on Monday, the PML-N leader Attaullah Tarar said that the government has decided to move the Anti-Corruption Establishment against former chief minister Punjab Usman Buzdar.

Tarrer alleged that the former chief minister deprived the poor masses of their rights and “ruthlessly plundered the resources of the country”.

Attaullah Tarrer, deputy secretary-general of the PML-N, said that the former prime minister Imran Khan played the role of a facilitator in Buzdar’s “corruption”, while the ex-chief minister’s front men also remained involved in “plundering the country’s resources”.

“Usman Buzdar will have to answer for his corruption,” Tarrar added.

Tarar went on to add since Imran Khan’s ouster, the PTI chairman has been acting like there is no one more “pious” than him.

“Imran Khan is trying to give the impression that there is no one more honest than him,” he said.

PML-N accuses Buzdar of corruption worth billions of rupees at the behest of Imran Khan!

“We have proofs of corruption against the PTI leaders. An investigation into assets of Rs10.8 billion owned by Buzdar,” Attaullah Tarar said.

Tarar alleged that Buzdar had purchased land worth Rs5 billion in Taunsa and a bungalow worth Rs700 million. “Farah Gogi used to rule Punjab through Bani Gala. The black money was whitened through amnesty,” he added.

The PML-N leader said that they would not repeat the work done by Shehzad Akbar.

“The cases having clear-cut proofs will be pursued,” he maintained.

Tarar claimed that during the previous government, Khan took “illegal benefits”, adding that the former prime minister was also involved in helping Farah Khan — a close aide of Khan’s wife Bushra Bibi — to become an “absconder”.

“Farah Gogi was involved in corrupt practices and took the help of Bushra Bibi,” the PML-N leader alleged.