The TV anchors, instead of condemning the insensitive remarks, applauded her for her actions. 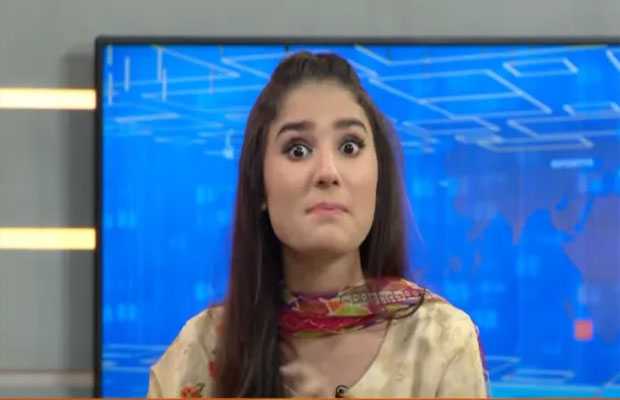 Social media sensation, Nimra Ali, who has recently risen to prominence for her witty style of talking has been slammed on internet for her ignorance for the Hindu community residing in Pakistan.

Recencly, Nimra, during her appearance on a Tv channel chanted in fun “Kashi mein saari bakriya chadh gayi, Gandhi Nehru matam manao Hindu ki maiya maar gayi (All goats have been hung in Kashi. It is time for Gandhi and Nehru to grieve as the mother of Hindus have perished.)”

It was fun watching Nimra, but she, like many other ignorants, does know that 5 million #Hindus live in #Pakistan. She is a kid, but not the anchors.They should've corrected her when she said "Hindu ki Maiya Mar Gayi" rather than clapping on her jingoistic remark. #PakistanForAll pic.twitter.com/PTIup9yVMI

The most astonishing part of the interview was that the anchors, instead of condemning the insensitive remarks, applauded her for her actions.

The interview got attention of Hindu minorities living in Pakistan and they were quick to highlight what Nimra had said hurt their religious sentiments.

A human rights activist, Kapil Dev, pointed out that as much as the interview was fun, her ignorance for the minority in Pakistan is highlighted through such a display of words. He called the remark jingoistic and condemned the anchors supporting such an act.

Later, a Twitter account that seems to Nimra Ali’s Twitter handle made it clear that her intention was never to hurt anyone, but just to copy a character by her favorite actress, Sajal Aly. She tendered apologies to everyone she might have hurt in the process.

“I am so sorry Kapil Dev. Sir, I was just copying a character done by Sajal Ali (one of my favourite actresses), didn’t want to hurt you or anyone from the Hindu community,” she said.

Nimra, recently got attention of social media and left everyone in awe when her random interview to a TV channel while roaming in a park with her cousin went viral on internet in which she was seen full of life and made everyone smile mentioning that how her wish to be on television was finally coming true.

This video will make your jaw hurt, too much excitement and happiness in just 2 minutes. pic.twitter.com/9gatcHcGAf