Malinga’s haul saw him become just the fourth bowler to take 50 wickets at the World Cup. 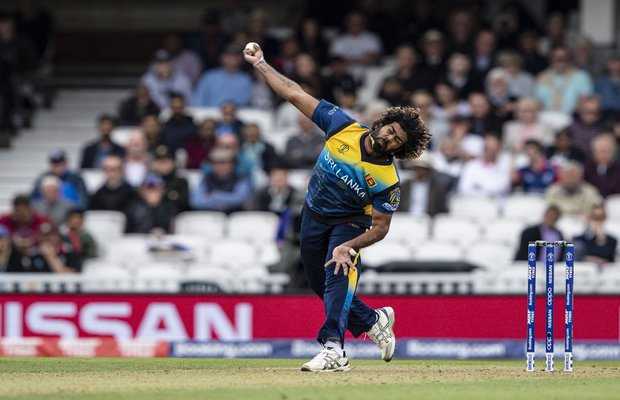 Lasith Malinga proves he is still Sri Lanka’s master of the round-arm fling. He emerged as the star in Sri Lanka’s stunning 20-run World Cup win over England at Headingley on Friday.

Sri Lanka was Chasing 233 for victory on a slow track, England struggled against veteran Malinga’s variations before they fell to their second defeat of the tournament.

Malinga finished with figures of 4-43 and became the fourth bowler to capture 50 or more wickets in the competition after Australia’s Glenn McGrath (71), his fellow citizen Muttiah Muralitharan (68) and Pakistan’s Wasim Akram (55).

After his stunning performance, former cricketers, experts, and fans are full of praises for Malinga over the social media:

Brilliant stuff from Sri Lanka.
What they didn't do with the bat, they more than compensated with the ball.
Malinga and Co. were disciplined & troubled the batsmen.
With England still needing to play Australia, New Zealand & India, the #CWC19 may throw up a few surprises.#ENGvSL pic.twitter.com/T4mHATZiz2

Excellent performance from Sri Lanka to beat England.
England have India, Australia and New Zealand to play with and will have to win 2 out of these 3.
World Cup is alive #EngvSL

Great win by #srilanka no one gave them chance to win against the mighty English team. Malinga was at his best with the new ball as well old. #ENGvsSL #WorldCup

What a thrilling game today! In-form Malinga's 4 for 43 leads Srilanka to a convincing victory. Well deserved, Srilanka. The second half of the tournament is getting tight. #ENGVSL #CWC19 pic.twitter.com/QS5Hn4m0Ni

Wake up & check the cricket scores #CWC19……@OfficialSLC what an amazing win 👏🏽👏🏽👏🏽👏🏽 Glad to see the very wise #Malinga producing one of his best to beat the front runners #Eng.

What a game of cricket. Don’t underestimated Sri Lankan’s( lions). Any time they can bounced back. What performances by @Angelo69Mathews @KusalMendis1 and Avishka from bat. Lasith always unstoppable. Nuwan and @IAmIsuru17 and @Dhananjaya7575. @MichaelVaughan @KP24 @OfficialSLC

NO, IT'S A TEAM EFFORT. THIS IS A LESSON FOR ALL!#SLvENG