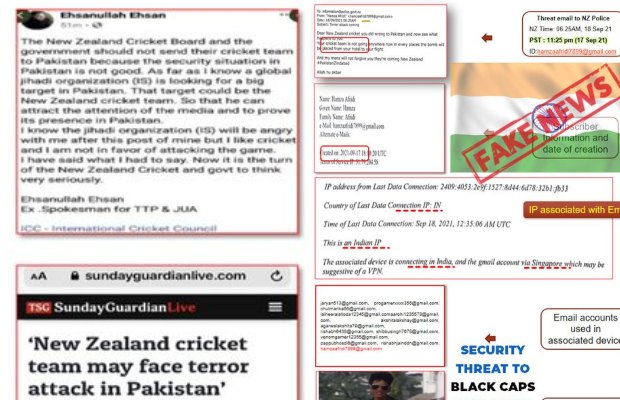 Evidence of India’s involvement in the cancellation of the Pakistan Kiwi cricket team’s tour was brought to light on Wednesday as Federal Minister for Information Fawad Chaudhry  held an important press conference in Islamabad, revealing that those threatening messages were sent to New Zealand from India through fake IDs. Ehsanullah Ehsan’s fake Facebook account was used to threaten the visiting team.

Accompanied by Interior Minister Sheikh Rasheed, the information minister spoke about the stringent security measures in place for the visiting New Zealand squad.

The information minister said Pakistan was facing a hybrid and fifth-generation war and FIA officials are contacting Interpol.

Fawad Chaudhry said that it was not only Pakistan but also a conspiracy against world cricket, New Zealand should share the threat with Pakistan, New Zealand does not have that much army strength as much we put on its team for security. The UK used the players’ fatigue as an excuse to cancel the tour.
Fawad Chaudhry spoke about a fake social media post that was shared with former TTP commander Ehsanullah Ehsan’s name, adding that the post warned the New Zealand cricket team against touring Pakistan.

“The post stated that New Zealand cricket team should not go to Pakistan as Daesh would attack it,” revealed the information minister.

Chaudhry added that an article was published in The Sunday Guardian two days later, on August 21, by the paper’s bureau chief Abhinandan Mishra, who wrote the same thing: that the New Zealand cricket team could get attacked in Pakistan.

“The article published in The Sunday Guardian centered around Ehsanullah Ehsan’s post,” he said.

“The email said that Guptill will be killed while on tour in Pakistan,” he said.

He further added that  the email was sent using ProtonMail and that those who knew about the service were aware that it is a secure email service.

He said Pakistan had asked Interpol to assist it further in probing the email and the perpetrator behind it. 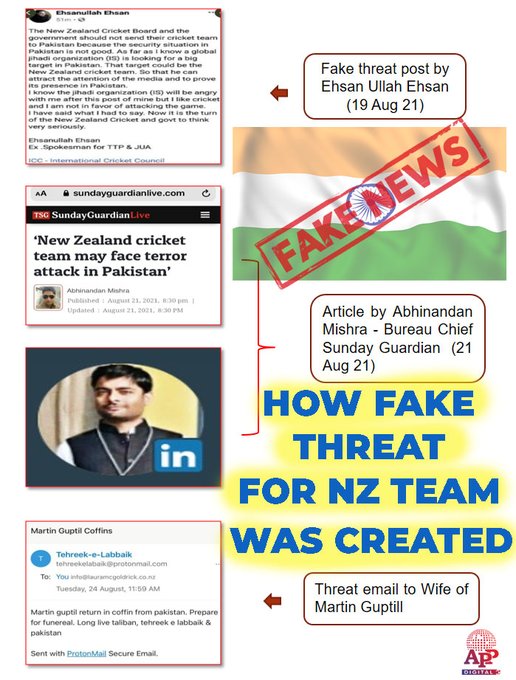 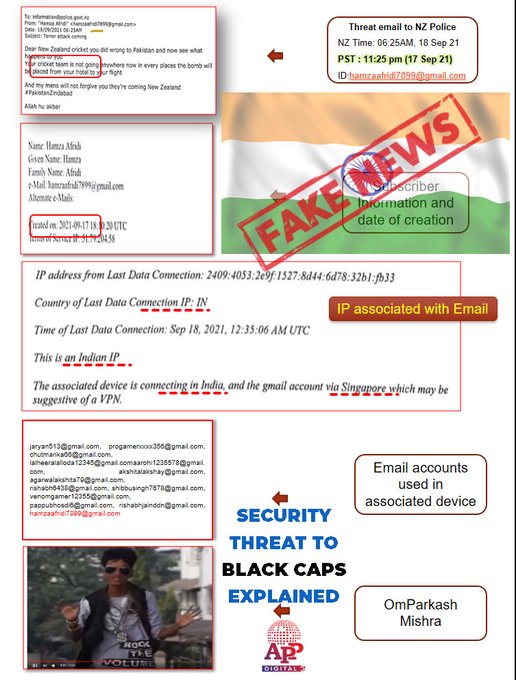 “A detailed program containing their protocols and security was issued by the interior ministry, which included the squad being accompanied by two helicopters,” the information minister added.

Chaudhry said that the New Zealand squad, on September 13, travelled from their hotel at the Rawalpindi cricket stadium, with the Pakistani players, where they held a “full practice session”.

“I would just like to remind you that both Pakistan and New Zealand’s security agencies had probed and arrived at the conclusion that the threats issued on August 19, 21, and 24 were all fake,” he added.