Kaur has termed the opening of Corridor, a corridor of peace between the two countries 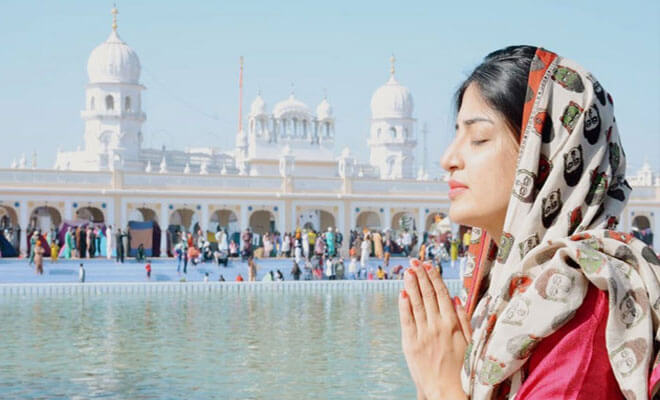 After the opening of Kartarpur border between Pakistan and India, the Sikh community is not only happy but praising the efforts of Pakistan’s peace process in the sub-continent.

In this bid, Tamil actress Poonam Kaur has released a documentary film over the Kartapur corridor. Kaur has termed the opening of Corridor, a corridor of peace between the two countries. Kartarpur Gurudwara was built on the site where Guru Nanak settled after he finished his missionary travels.

Few weeks ago, India and Pakistan laid the foundation stone for the Kartarpur Corridor between both the nations. Pakistan PM Imran Khan is hopeful of completing the corridor by next year so as to help Sikh Community in India to visit Kartarpur Gurudwara.

Poonam Kaur claims it was her dream come true to visit Guru Nanak Dev’s birth place in Pakistan on his birthday. Pakistan Government accepted Poonam’s request to film a documentary and also helped her in releasing the documentary. ‘Hope, Peace will be restored between India and Pakistan very soon,’ she says.

Kaur had visited Pakistan from November 21-30. She was also present at the ground-breaking ceremony of Kartarpur corridor and paid homage at various Gurdwaras.

Kaur made a non-commercial short film during her visit, titled ‘A walk with Poonam Kaur’. The video is 4.36 minutes long. Kaur has called Prime Minister Imran Khan the identity of Pakistan and also praised Indian cricketer-turned-politician Navjot Singh Sidhu. The documentary will be released on PTV.