"According to the latest figures, 835 new patients have been added" to the overall number of infections, Iran´s stand-in deputy health minister Alireza Raisi said. 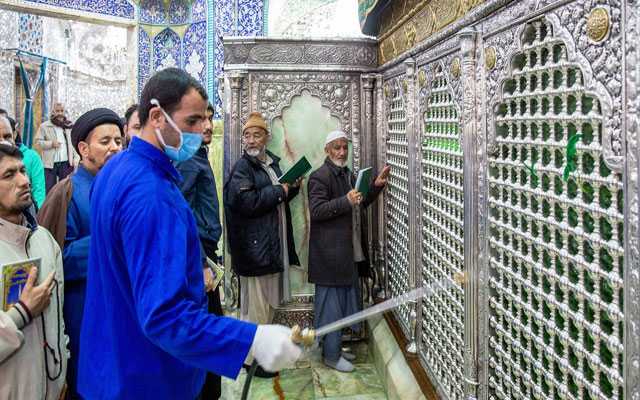 Iran’s emergency medical services’ head, Pirhossein Kolivand was the latest high-ranking official to contract the novel coronavirus, as the death toll rose to 77 in the country.

On Tuesday, the Iranian health ministry announced another 11 deaths and 835 new infections — the biggest increase in a single day since the COVID-19 outbreak began in Iran nearly two weeks ago.

“According to the latest figures, 835 new patients have been added” to the overall number of infections, Iran´s stand-in deputy health minister Alireza Raisi said.

“Unfortunately, we have 11 new deaths, and with this amount we have reached 2,336 new confirmed cases and a total of 77 dead,” he said in remarks aired live on state television.

Local media of Iran stated that one lawmaker, who was elected in Iran’s February 21 polls has died of the new Coronavirus. Saeed Namaki, the Health Minister of Iran, warned on Friday, February 28 of “a very difficult” week ahead in the country, which announced its first infections and deaths due to the Novel Coronavirus outbreak on February 19.

OMG! Iran's Deputy Health Minister:
• 12000 Iranians have tested positive for the #CoronaVirus in hospital
• Only 1 in 5 #COVID19 carriers come to hospital

A video is going viral on social media platform Twitter which showed a man in Iran lying on the road. It is claimed by the Twitter users that the fallen man was infected by COVID-19 and fell in the middle of the street. The video also showed some people around the unidentified man.

A corona patient has fallen in a public street with many poeple passing by.

The virus is spreading very rapidly in Iran and precautionary measures are not taken #irancorona #Corona #COVID19 #CoronaOutbreak #Coronavirus pic.twitter.com/oXNmGcqIGZ

Another footage shared on Twitter showed a coronavirus infected patient collapsed in the streets of Sanandaj in Western Iran and a medical team arrived to help the man.

A corona patient fallen in the streets of Sanindaj in Western Iran, Iranian Kurdistan.

Iranian journalist, Masih Alinejad also shared a video on the social media website featuring a man wearing a mask. The Tweet revealed that the man in the video is actually a nurse at the Kamkar Hospital of Qom who said that during his night shift, he witnessed 8 deaths.

In the Tweet, Alinejad also mentioned that “Iran’s officials are trying to cover up Corona deaths by lying and underreporting them.”

In Iran, #CoronaVirus is wreaking havoc. Listen to this nurse from the Kamkar Hospital of Qom. He says during his night shift alone, he witnessed 8 people die.

Iran's officials are trying to cover up Corona deaths by lying and underreporting them.

The situation is very serious pic.twitter.com/iuHdTo7GQF

Some videos are also circulating on social media which also showed that Iranian men licking the bars of a holy shrine just to prove that they are not afraid of coronavirus.

In another video, a man can be seen along with four men, who were trying to get the unconscious man on a stretcher.

In this video the sender says:
“This is how a suspected #Coronavirus patient is transferred in this country”, “Nobody dares to get close, we helped out to put him on the stretcher”, “Look at the state of stretcher”.👇#CoronaVirusIran pic.twitter.com/clAR48oyoP

A video also shared on Twitter showed the empty Iran international airport as people are trying to be at home instead of travelling during this alarming situation.

A video circulating on internet showing the Iranian authorities using water canon to clean the streets, while workers disinfected the Imam Reza shrine in Mashhad to prevent the spread of Novel Coronavirus.

The poor pedestrian who was sprayed!!

Like everything else, Iran sees a health crisis as a security threat which requires a military response.#Coronovirius

WATCH: Workers disinfected the Imam Reza shrine in Mashhad, Iran in a bid to prevent the spread of #coronavirus pic.twitter.com/liHAj5qiXu