Ishaq Dar had filed a defamation case against ARY - which operates under the company name New Vision Television (NVTV) in the UK and Europe, 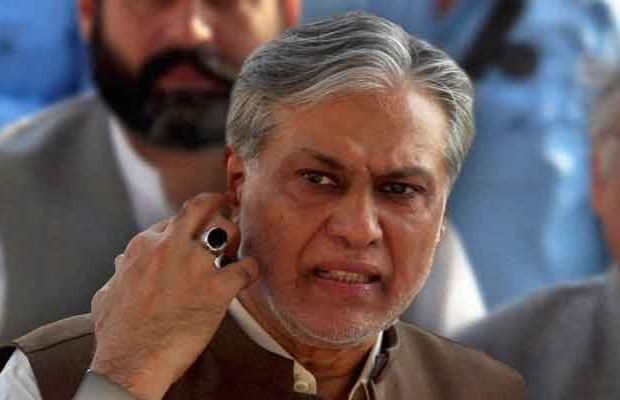 Ishaq Dar has won the defamation case against ARY in the UK!

Another defamation case has been settled by the London court. This time it is Pakistan Muslim League (N) Leader and Pakistan’s former Finance Minister Ishaq Dar who has won his defamation case against ARY in the UK at the London High Court.

Ishaq Dar had filed a defamation case against ARY – which operates under the company name New Vision Television (NVTV) in the UK and Europe, seeking £200,000 damages, apology, and legal costs for allegations made by ARY anchors Chaudhary Ghulam Hussain and Sabir Shakir on the Reporters’ Programme and by Shahzad Akbar, Special Assistant to the Prime Minister on Accountability, on Powerplay programme by Arshed Sharif.

The ARY anchors and Shahzad Akbar had accused that Ishaq Dar was involved in money-laundering, corruption, undue control of the Financial Monitoring Unit, and being involved in issuing death threats.

In an apology to Ishaq Dar’s readout on ARY in the UK, the channel said it can confirm it had made false allegations against Dar. The channel apologized to Ishaq Dar and said it is sorry and withdraws all allegations. ARY said it has withdrawn all allegations as false, fabricated, and baseless and agreed to pay damages and legal costs to Mr. Ishaq Dar for the hurt, embarrassment, and defamation caused.

An Apology statement from ARY  “On 8 July 2019, New Vision television broadcast the Reporters programme in which it was asserted by Choudhury Ghulam Hussain and Sabir Shakir that Mr. Ishaq Dar had stolen money from the Pakistani Government and was willing to pay it back if allowed to return to Pakistan. It was also asserted that Mr. Ishaq Dar’s bank accounts had been traced and that they contained large sums of stolen money in the region of one billion dollars. Further comments were made, asserting that Mr. Ishaq Dar had caused someone to be subjected to death threats in order to encourage that person to leave Pakistan.”

“Mr. Ishaq Dar has informed us, and we are prepared to accept, first, that he has not stolen any money from the Pakistani Government, secondly, that no bank account of Mr. Ishaq Dar was traced, and consequently, the question of any stolen money does not arise, thirdly, that the claim that Mr. Ishaq Dar was willing to pay any such money in order to return to Pakistan was also false and fabricated, and fourthly that Mr. Ishaq Dar never made death threats to anyone.”

About the allegations made by Shehzad Akbar, the NVTV apologized, stating: “On 8 August 2019, New Vision television broadcast the Powerplay programme. During the course of that programme, Special Assistant to the Prime Minister on Accountability and Interior Shahzad Akbar asserted that during the period Ishaq Dar was responsible for the Financial Monitoring Unit in Pakistan, he actively and improperly impeded its work, by preventing key institutions from accessing systems that would assist it in its functions. It was further asserted that Mr Ishaq Dar had taken those actions to protect individuals who had been involved in the Choudhury Sugar Mills money laundering case.

“Mr. Ishaq Dar has informed us, and we are prepared to accept, that he never managed the Financial Monitoring Unit, since the Unit was established under the Anti-Money Laundering Act 2010 and operates directly under the State Bank of Pakistan; and therefore, Mr. Ishaq Dar never impeded the work of Financial Monitoring Unit nor did he do anything to protect anybody in any case including the alleged Choudhury Sugar Mills money laundering case.”

tweet
Share on FacebookShare on TwitterShare on PinterestShare on Reddit
Saman SiddiquiOctober 19, 2021
the authorSaman Siddiqui
Saman Siddiqui, A freelance journalist with a Master’s Degree in Mass Communication and MS in Peace and Conflict Studies. Associated with the media industry since 2006. Experience in various capacities including Program Host, Researcher, News Producer, Documentary Making, Voice Over, Content Writing Copy Editing, and Blogging, and currently associated with OyeYeah since 2018, working as an Editor.
All posts bySaman Siddiqui