Two educational institutions were also sealed in the federal capital 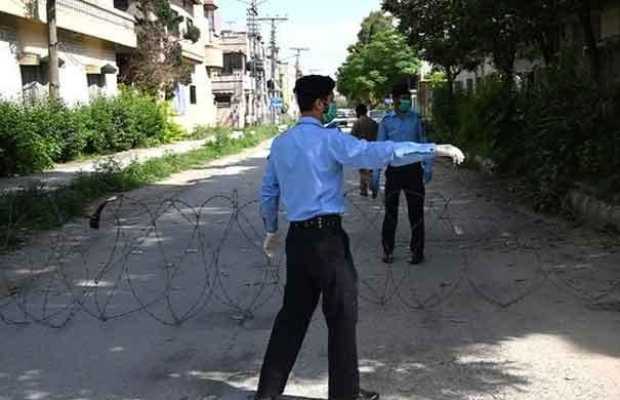 A smart lockdown has been imposed in 7 neighbourhoods of Islamabad after an increase in Covid-19 cases.

The district administration decided to impose smart lockdowns in high-risk areas on Sunday after the Covid-19 positivity rate in the federal capital surpassed 8%.

“In the last four days, the coronavirus ratio has jumped from less than 1% to 5%,” Islamabad Deputy Commissioner Hamza Shafqaat said.

Entry and exit points of the following areas have been sealed on Monday, 9 am:

Furthermore, the residents of the above-mentioned areas have been advised not to leave their houses without face masks.

Shopping centres, schools, restaurants, and offices in the areas have been closed as well.

The administration in the federal capital has also sealed a number of businesses and two educational institutions.

“We have sealed an academy and a school as there were more than three cases in each of them. Now we are going to impose a smart lockdown in the city as the positivity rate is continuously rising,” Deputy Commissioner Hamza Shafqaat stated.

Earlier the UK variant was being reported but now patients with Delta (Indian) strain were surfacing, which was more virulent, he added.

According to a notification, seven cases were reported during contact tracing in Islamabad Model College for Boys F-8/3.

The college was sealed and would be reopened once the building was disinfected.

Another notification stated that KIPS Academy in PWD was also closed after seven persons were found infected during the morning session of MDCAT preparation.