However the estranged Pakistan Tehreek-e-Insaf (PTI) leader refuted all such claims. 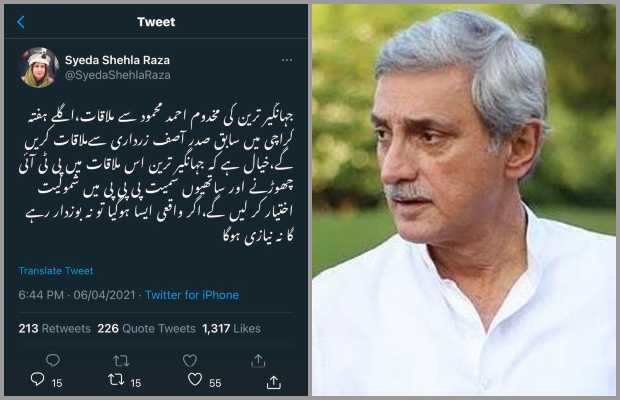 However, the tweet from Sindh MPA was later taken down and Pakistani’s now look forward to an official clarification after the comments that brew a storm for political pundits in the country.

PPP’s senior leader Shehla Raza said, “Jahangir Tareen met with Makhdoom Ahmed Mahmood, Jahangir Tareen will meet former president Asif Ali Zardari next week in Karachi. I think he will leave PTI and join PPP along with his colleagues during the meeting, if this happens, then neither Buzdar nor Niazi will survive” 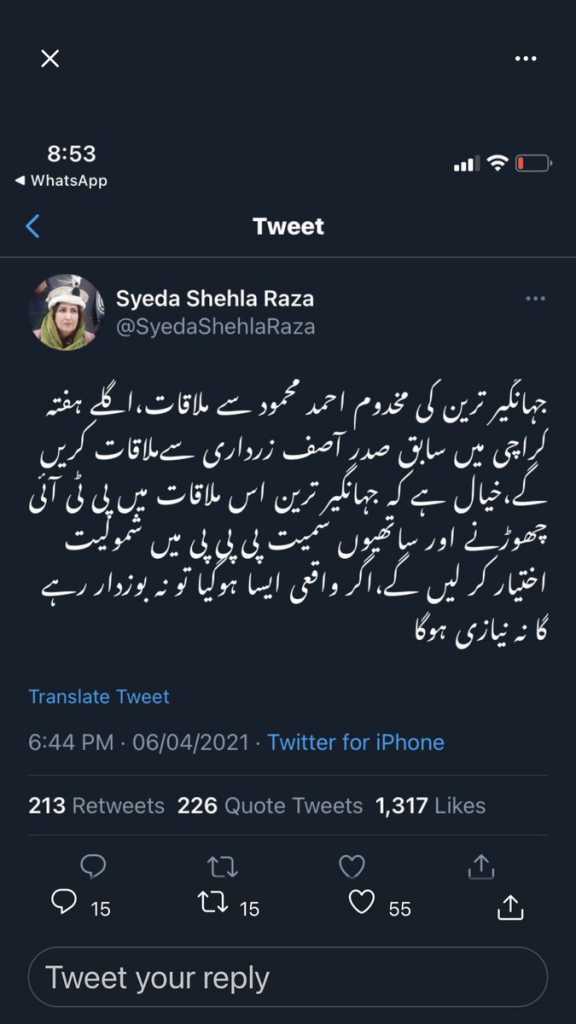 Following her claims, Jahangir Tareen said that a constant propaganda campaign was being run against him, there was no truth in the news of meeting Peoples Party leadership and joining the PPP adding that those who spread news against me would be disappointed.

As quoted by news media, PPP leader Makhdoom Ahmed Mahmood also termed the news regarding Jahangir Tareen as baseless and said that he has not met him recently.

Here is how Twitter is having a field day over PPP’s leader’s claims:

Chairman Bilawal will do well to ask Shehla Raza about the statement she made about jhangir tareen .. it’s a mockery of all that ppp struggled for. And besides he has already refuted it . What difference will he make I ask her ???but ppp looks small with the statement

Chinese Ambassador meeting Zardari and speculations of Jahangir Tareen joining PPP next week in a meeting with AAZ are not coincidental. In which direction are the winds of Pakistani politics blowing?

Why did u delete the tweet related to jahangir tareen

Actually They R Trying to invite him By Pushing These Used Guns To Make a Platform Where They Can easily Blackmail this PTI Govt but They even Don't Know Jahangir Tareen Would get clean Chit from His cases and He will Rejoin the cabinet Soon Untill unless Rumours R meaningless https://t.co/0dTrV5dq9P

#ShafqatMahmood #pdm_is_no_more
Jahangir Tareen is and will be an important member of PTI. We respect him. We stand with him. PPP must stop her propaganda against Jahangir Tareen.#JahangirTareen pic.twitter.com/l3pzjILMCK 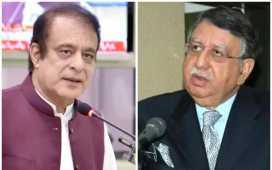