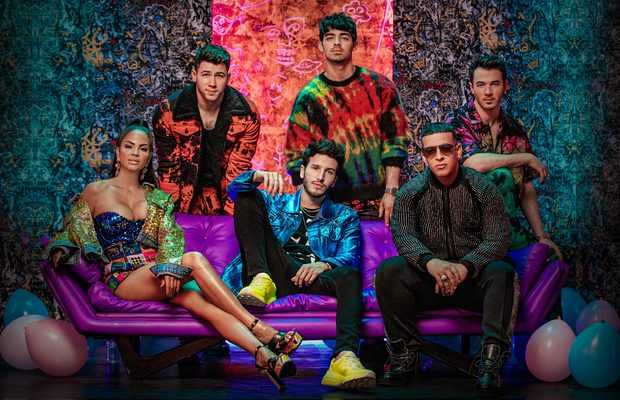 After receiving enormous success from their album Happiness Begins, the band Jonas Brothers has now collaborated with Sebastian Yatra for a Latin song, ‘Runaway’.

Their new album Happiness Begins debuted at No 1 on the Billboard 200 chart, and the celebrity Brothers are back with yet another treat for their fans, and it’s too groovy to miss.

This latest collaboration with Sebastian Yatra for a new Latin song, titled Runaway, is surely going to stay on fan’s minds for days and might last in their playlist for an even longer time.

Nick shared a clip of the song on social media, with a caption: “RUNAWAY! So pumped this song is finally out! Our first Latin music collaboration! Thank you @sebastianyatra @daddyyankee @nattinatasha for having us!”

In the exclusive music video clip shared features the Latin Grammy-nominated Yatra, who enters the suite of a karaoke bar in Japan that bursts into a party when he selects the title track to perform.

“If you want to we can run away. I know you think about it every day,” Nick Jonas comes in singing into the camera.

Brother Joe adds in the next verse, “How can I say no to that pretty face? Baby, we can leave today.”