Fares charged from commuters will range between Rs10 and Rs20. 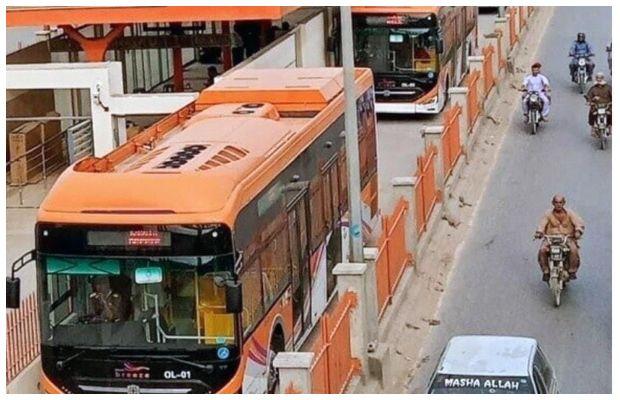 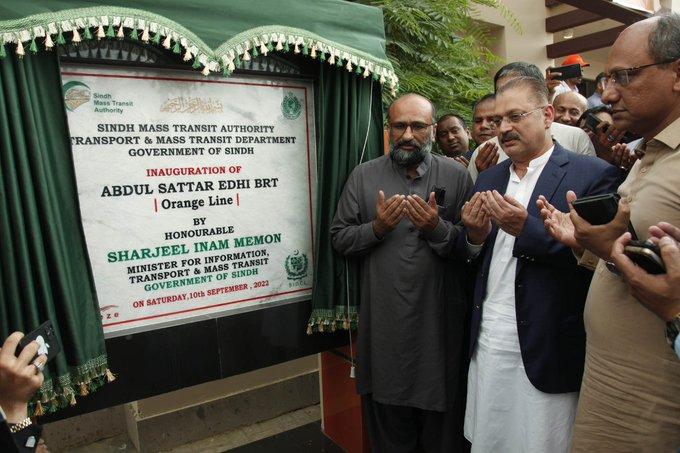 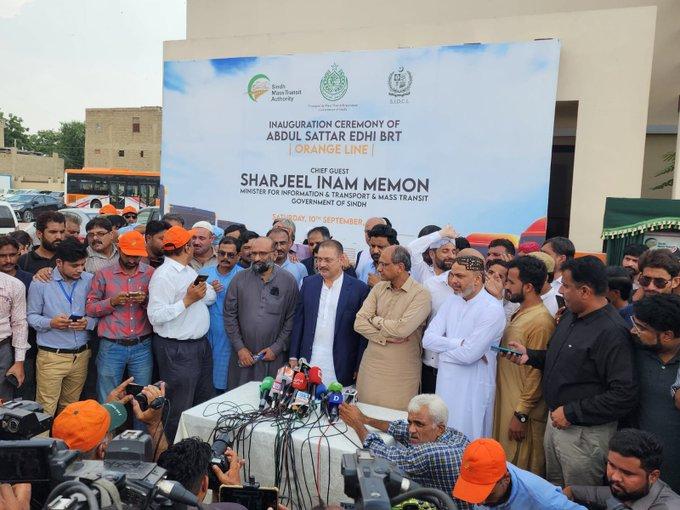 Speaking at the inauguration ceremony Sindh Information and Transport Minister Sharjeel Memon said that 20 air-conditioned buses will run on the route and that there were four bus stations and ticket booths on the route.

“Keeping the financial crises and increasing petrol prices in view, we have reduced the fares so that the common people can benefit from the service,” Memon added.

“Due to the flood situation, the ceremony is held in a simplistic manner,” he added.

The Orange Line bus service, which will operate on a 3.88-kilometer-long route, will provide connectivity from Orangi Town to the Board Office Chowk traffic intersections.

Nearly 50,000 residents will be able to benefit from the service, featuring 12-meter long buses that are equipped to accommodate 90 passengers at a time.

From tomorrow Orange Line BRT ( Abdul Sattar Edhi Line ) will be open for the people of karachi. Due to current situation of Floods the opening will be in simple manner. PPP’s Sindh government will focus on more transport projects for the people of Sindh. #OrangeLineBRTKarachi pic.twitter.com/q1EQPGIgQW