A plan will be also be released to regulate traffic around Seaview. 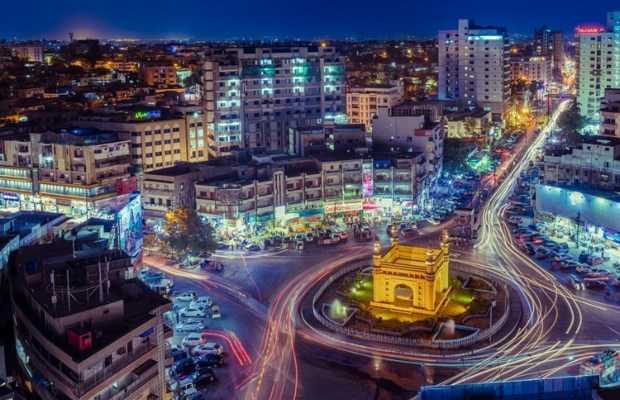 The authorities in Karachi have directed the restaurants and business centers to close at 5 pm on December 31 to limit New Year’s Eve traffic jams.

An official notification in this regard has been issued after Karachi Commissioner Navid Sheikh chaired a meeting and finalised the security plan.

A plan will be also be released to regulate traffic around the Seaview area.

As per the notification, the security will be deployed at public places, recreational spots, main highways, and Seaview.

Aerial firing, display of weapons, and one-wheeling have been banned, and action will be taken against violators. Section 144 will be imposed to stop aerial firing, it added. 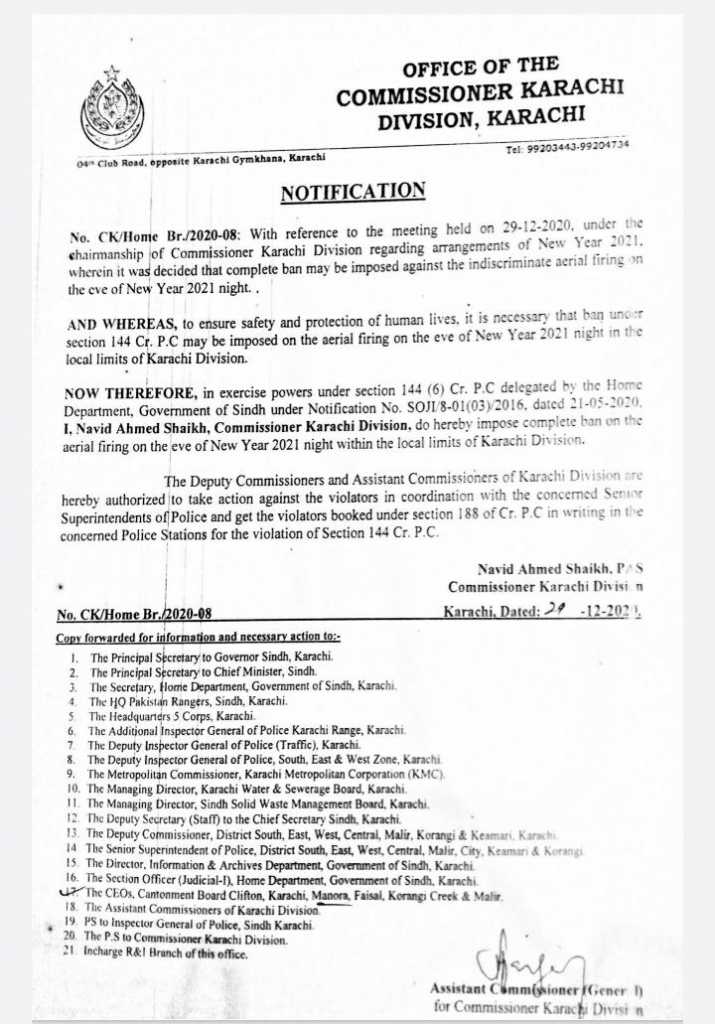 As per the Samaa report, no notification has been yet issued for the restaurant closure, multiple restaurants located in Clifton such as Xanders, Aylanto, and McDonald’s (Seaview) will remain open for dine-in till 9 pm.

Furthermore, deliveries will be open till midnight however they may take a bit longer than usual because of the traffic.

The commissioner has instructed the police to come up with special arrangements for the security of residents at public places on New Years’ Eve. Streets lights will remain open on main roads and police camps will be set up in multiple parts of the city.

Furthermore, the officers at these camps will remain in touch with the Rangers, hospitals, and the fire department in case of emergency. All hospitals have been alerted to ensure emergency rooms are prepared.

The commissioner has requested people to implement coronavirus SOPs during their celebrations.

tweet
Share on FacebookShare on TwitterShare on PinterestShare on Reddit
Saman SiddiquiDecember 30, 2020
the authorSaman Siddiqui
Saman Siddiqui, A freelance journalist with a Master’s Degree in Mass Communication and MS in Peace and Conflict Studies. Associated with the media industry since 2006. Experience in various capacities including Program Host, Researcher, News Producer, Documentary Making, Voice Over, Content Writing Copy Editing, and Blogging, and currently associated with OyeYeah since 2018, working as an Editor.
All posts bySaman Siddiqui