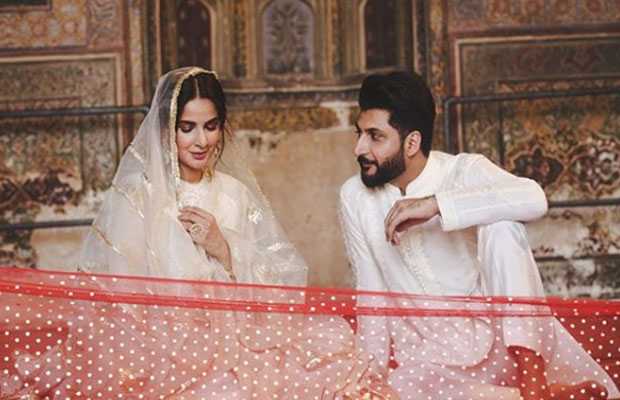 Pakistan’s famed actor Saba Qamar and singer Bilal Saeed’s have been granted exemption from appearing in court as Lahore court approved their petition for the case against them for shooting a music video at historic Wazir Khan Mosque.

According to the petition filed in the case, it has been told that Qamar and Saeed have been receiving death threats and their lives are in danger that is the reason they can’t appear in court.

Later, the court announcing its verdict, adjourned the case till September 3.

On August 15, the Pakistani artists were granted an interim bail from Lahore court in the case relating to the controversial music video shoot of Qabool at the Wazir Khan Mosque whih was expired on Tuesday (August 25).

The court had issued pre-arrest bail in the case till August 25 against Rs50,000 surety bonds collectively.

The  case was filed on August 13 for shooting a music video for the song ‘Qubool’ at the mosque.

An FIR has been registered under Section 295 (deliberate and malicious acts intended to outrage religious feelings of any class by insulting its religion or religious beliefs) of the Pakistan Penal Code.